Ram Charan's biggest hit Magadheera completes 11 years of the release today. The makers are extremely happy about the same. Ram Charan took to his Twitter profile to share his happiness on the same. He revealed that the experience of Magadheera mentored him.

"A memorable experience that mentored me & put every skill of mine to test. I’m humbled by the love & affection shown by the entire team of #Magadheera & the audience. @ssrajamouli garu, you motivate me to push my limits & remind me that hard work always pays off." posted Ram Charan on his Twitter profile.

On the work front, Ram Charan's next film is under the direction of Rajamouli. Both are teaming up for the second time and there are a lot of hopes on this film. Titled RRR, Jr NTR is also a part of the movie. 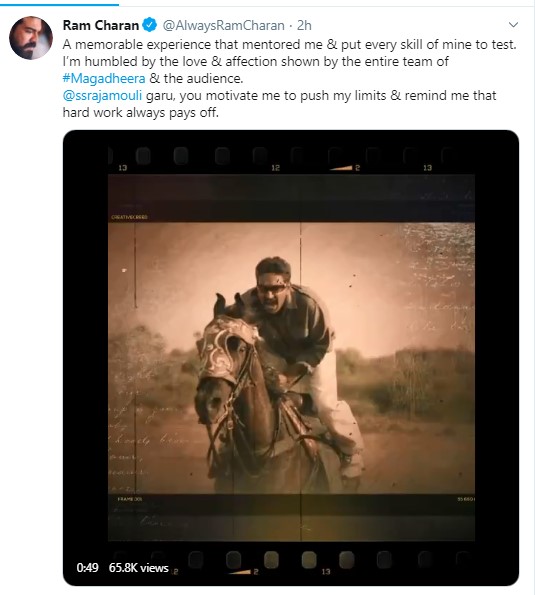