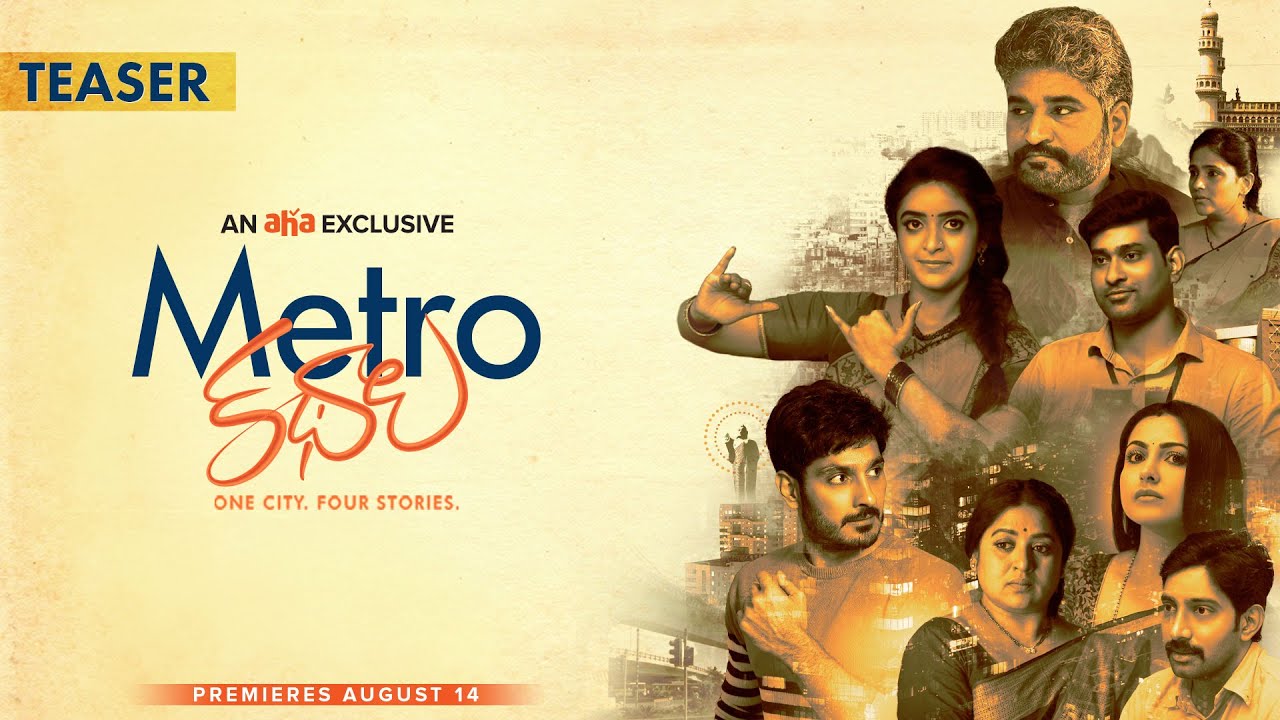 Telugu OTT platform Aha is now going to come up with another interesting web film titled as 'Metro Kathalu'. Karuna Kumar of Palasa movie fame is helming this project.

Written by popular journalist Mohammed Khadeer Babu, the makers have recently released the teaser of the web film which hinted that the movie is going to revolve around four different stories. Rajiv Kanakala, Gayatri Bhargavi, Bigg Boss Fame Ali Reza, Nandini Rai are playing crucial roles in this film. Though the teaser hasn't revealed much about the story, the mysterious faces of the actors sure increased the curiosity among the audience. The teaser sure is promising and we have to wait and see how far it is going to impress the audience.

On the other hand, the teaser also remembers movies like 'Manamantha', 'Chandamama Kathalu'. Ajay Arasad is composing tunes for this film whereas Venkata Prasad is the cinematographer.