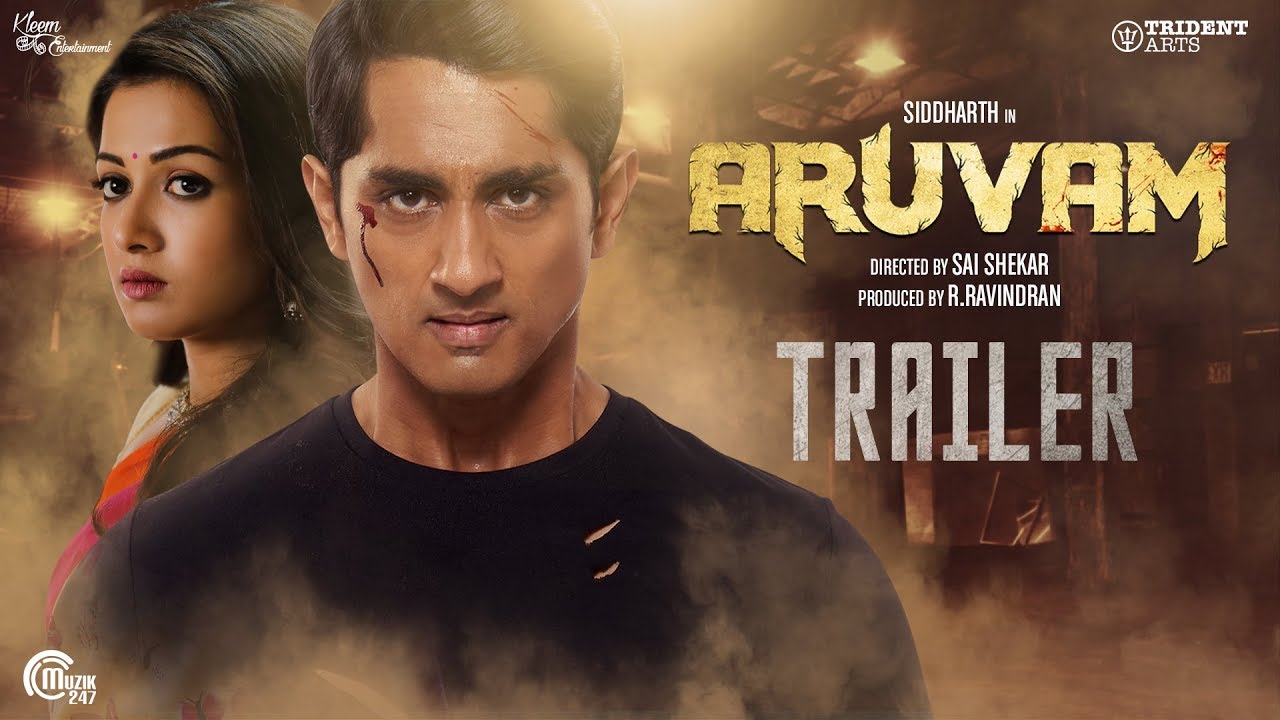 Hero Siddharth whose 'Gruham' became a decent hit joined hands with director Sai Sekhar and is going to come up with a thriller titled as 'Aruvam'.

Catherine Tresa is playing the leading lady in this movie. Today, the makers have released the theatrical trailer of the film. The 3 minutes video showcases that the story is going to revolve around food adulteration and how the health of people is at stake because of unhygienic food. The trailer hinted that the movie is going to be a social drama which is a thought-provoking film. Overall, the trailer created a good impression on the audience.

R. Soundarya and Deepa Iyer under Trident Arts banner are backing this project. 'Aruvam' is S.S.Thaman's musical which will get released very soon.