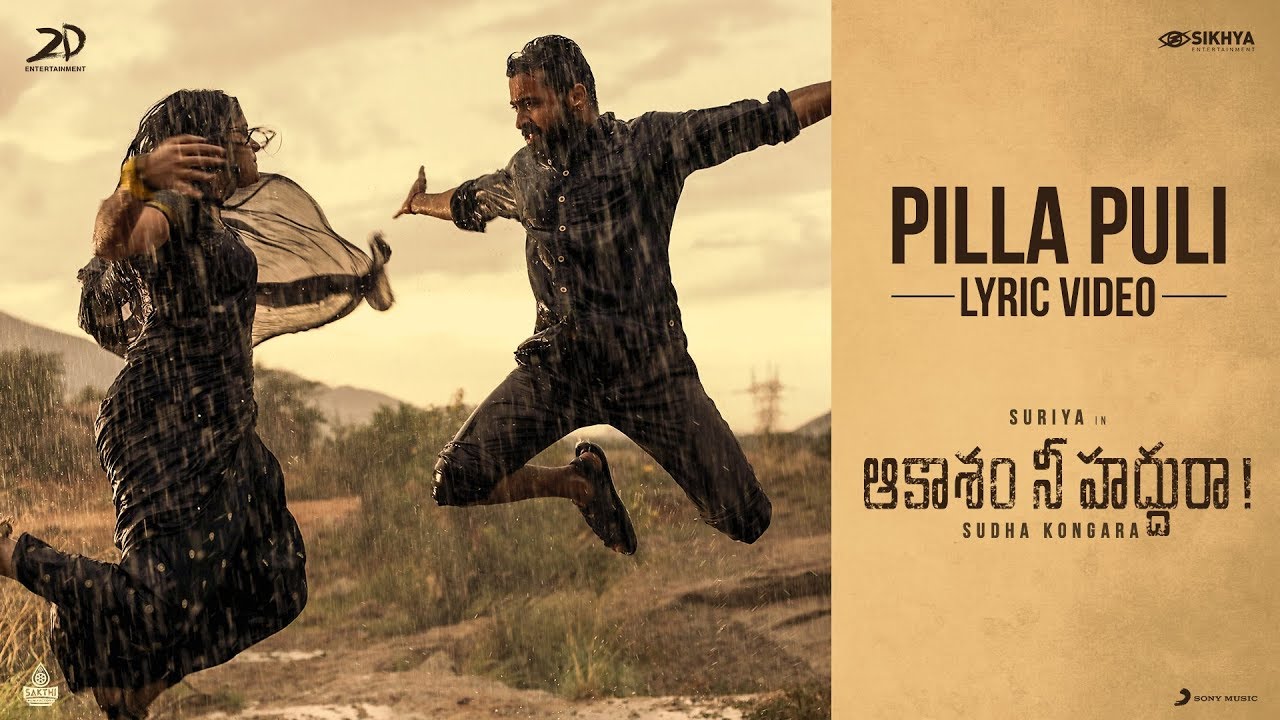 Kollywood star Suriya whose previous outing 'Bandobast' turned out to be a disaster is going to come up with the biopic on Deccan founder Captain GR Gopinath.

Titled as 'Soorarai Pottru', the film is going to get released in Telugu with the title 'Aakasam Nee HaddhuRa'. Suriya is playing the role of a pilot in the film. Written and directed by Sudha Kongara, Aparna Balamurali is playing the love interest of Suriya in the film. Karunas, Jackie Shroff, Mohan Babu, Paresh Rawal are playing pivotal roles in the film. Today, the makers have released the first song 'Pilla Puli' from the film. The 1 minute 25 seconds video showcased some beautiful visuals from the film with Suriya and Aparna. The music by GV Prakash is superb. Lyrics penned by Ramajogayya Sastry are awesome and the voice of Anurag Kulkarni is pleasant.

Suriya's home banner 2D Entertainment and Guneet Monga of Sikhya Entertainment are funding this project. The film is hitting the theatres during summer 2020.