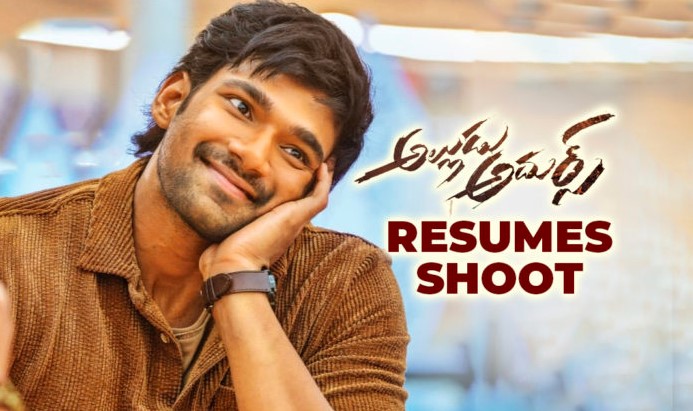 Bellamkonda Sai Sreenivas is the young hero in Tollywood who's currently working on a crazy project titled Alludu Adhurs. Touted to be a family entertainer, the film is directed by Santosh Srinivas. Nabha Natesh and Anu Emmanuel are also a part of the film.
The film unit finally resumed the shoot today. After the lockdown, the makers are back on the film's sets currently. Santosh Srinivas is getting ready to release the teaserof the movie soon. If everything goes well, the makers want to release the film during Sankranthi 2021.
Subrahmanyam Gorrela is producing the film under Sumanth Movie productions banner. Prakash Raj and Sonu Sood are also a part of the film. The film will be wrapped up in a couple of months from now. Stay tuned to us for more details.
Share
Popular Stories