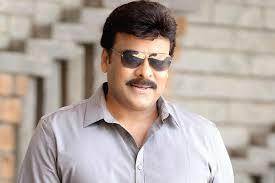 Megastar Chiranjeevi gave an interview to a leading news daily recently where he opened up on a lot of things. Surprisingly, he spilled the beans about Acharya and the buzz around it. When asked if Mahesh Babu was a part of the project, Chiranjeevi said that Mahesh is not acting in the film and confirmed that the news in the media is speculation. Chiranjeevi also wondered about the source of the rumor.
On the other side, talking about Ram Charan's inclusion in the film, Chiranjeevi said, "We wanted Ram Charan to do the film. My wife Surekhar dreamt of seeing me and Charan in a full-length film. It all depends on the understanding between Koratala and Rajamouli since Charan's dates are crucial now."
This statement from Chiranjeevi left the fans in confusion. The fans are expecting Chiranjeevi to confirm Charan's presence but he left the decision on both the directors which is uncertain.
Share
Popular Stories