CSK v DC: 7 Players to Choose in Your Fantasy Team 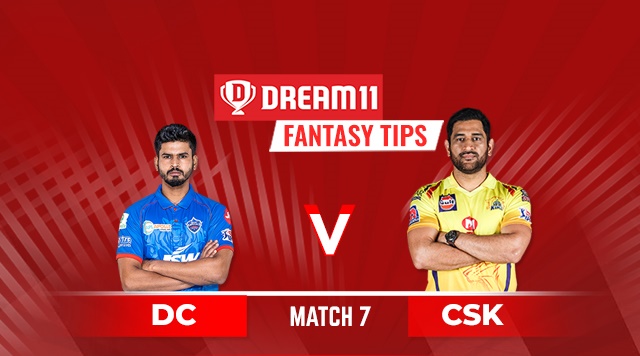 Chennai Super Kings is all set to take on Delhi Capitals tonight in Dubai. Ahead of this game, we give you a list of seven players who can perform well and score good points in the fantasy league.

Faf will be a definite pick for many fantasy league players. He gave top-notch performances in the first two matches of CSK. He will mostly deliver a good performance in this match as well.

Shreyas looked in good touch during the first match of Delhi. He will be a good choice for your side, considering his recent form. Go for him.

The England youngster gave stunning performances in the first two matches of CSK. He became a fire-gun player for his side. Expect him to do well in this match as well.

Rabada is the frontline bowler of Delhi Capitals. He is a good death bowler who can pick up wickets as well. He will be a good choice without any doubts.

Watson is yet to make his mark in this IPL. He was decent in the last match against Rajasthan. We predict that he will do well in this match.

Pant is one of the striking players of Delhi Capitals. He can be a deadly batsman during the last overs. Trust in his abilities and pick him up on your side.

Dhawan will be eager to make his mark in this IPL. He is an opener and can start the innings quite swiftly. Choosing him in your fantasy team will not be a bad idea.