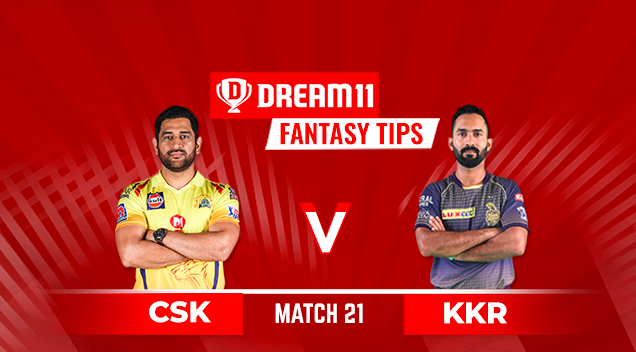 In the 21st match of IPL tonight, Chennai Super Kings will face Kolkata Knight Riders in Abu Dhabi. Both the teams have some ups and downs in this season. Ahead of this match, we present you seven players who can fetch you more points in the fantasy league.

Though the rest of CSK batsmen failed to do well, Faf du Plessis played classic knocks for his side. He is also the second leading run-scorer of this edition. Go for him without any second thoughts.

Right now, Gill is the leading run-scorer for KKR. He fared well in two games and flopped in others. But picking him up in your fantasy team will not be a bad idea.

Russel is a perfect all-rounder who can pick up wickets and also can hit big shots. He is the leading wicket-taker for KKR right now. What else do you need to know to choose him?

Curran has been doing an exceptional job for Chennai Super Kings in this edition. He is able to take crucial wickets and also hitting some big sixes. Try choosing him.

Mavi has taken four wickets for KKR this season. He is lethal and a genuine fast bowler who can pick some important wickets. You can also buy him for fewer credits.

Chawla is the main spinner for CSK right now. He will be facing his old teammates in this match. He knows the strengths and weaknesses of KKR. Thus, he can be a crucial player in this match.

Morgan played well in the last two games. The only thing KKR should do is to send him up the order. If they do that, he will play a big game for sure.