Director Shankar still not out of shock 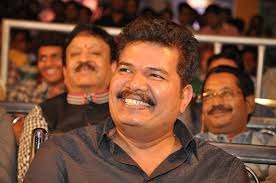 Indian 2 accident shook the entire film industry for all at once. The death of three crew members on the film's sets is very much depressing. The entire film fraternity felt bad with the tragedy that took place on the film's sets. Shankar, the director of the movie luckily escaped the accident in a split second. The director finally opened up on the incident and made a statement. He revealed that he is still having sleepless nights on the loss of his AD and crew.

"It is with utmost grief, I’m tweeting.Since the tragic incident,I’ve been in a state of shock & having sleepless nights on the loss of my AD & crew.Having missed the crane by a whisker,I feel it would’ve been better if it was on me. Heartfelt condolences & prayers to the families." shared the director on his Twitter profile.