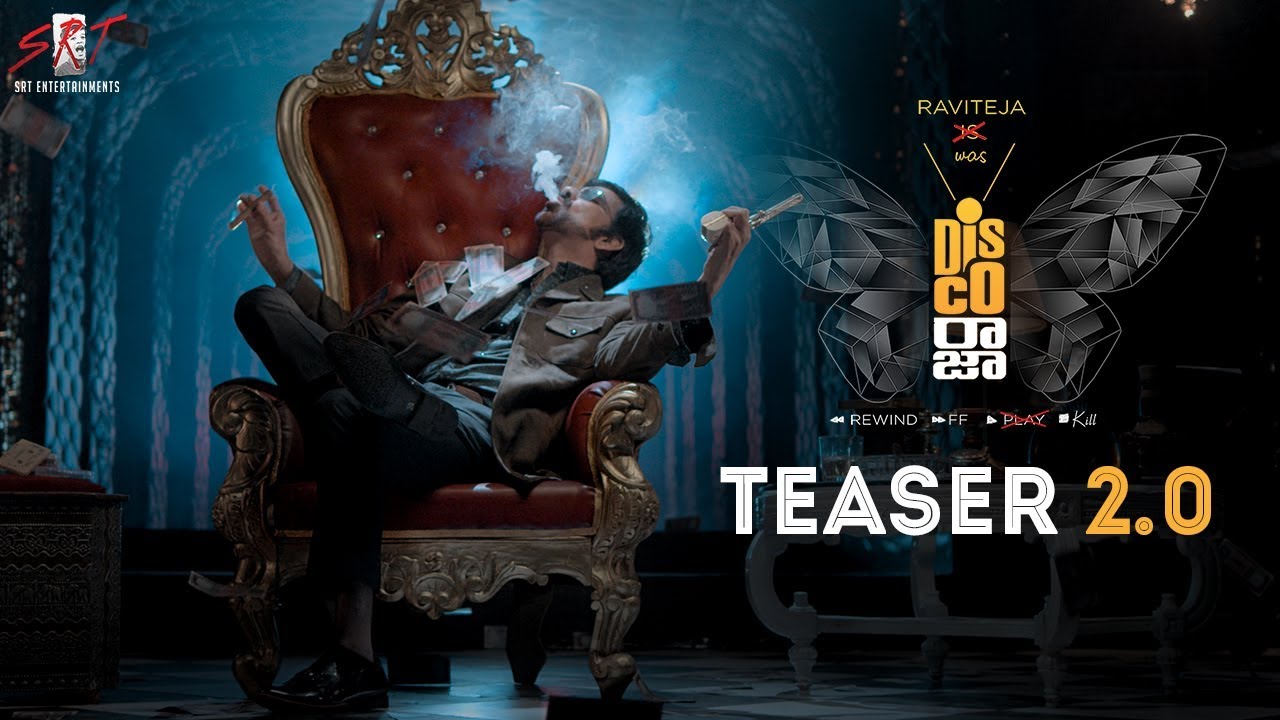 Mass Maharaja Ravi Teja who has been struggling with back to back disasters is all set to come up with his upcoming movie 'Disco Raja' featuring Payal Rajput and Nabha Natesh as the female leads.

'Ekadiki Pothavu Chinnavada' fame VI Anand is helming this project. Kollywood hero Bobby Simha, Tanya Hope, Vennela Kishore and Sathya are playing pivotal roles in this movie. The teaser of the film showcased Ravi Teja in a mass and stylish look and impressed the audience. Today, the makers have come up with another teaser of the film. Titled as 2.O version of teaser, the 1-minute video has created a good impression on the audience.

The teaser impresses with slick visuals and stylish look of Ravi Teja. Ravi Teja's character is going to be major highlight and the teaser also highlighted the same.

Rajini Talluri, under SRT Movies banner, is bankrolling this project. SS Thaman is composing tunes for this film which will get released on 24th January this year.