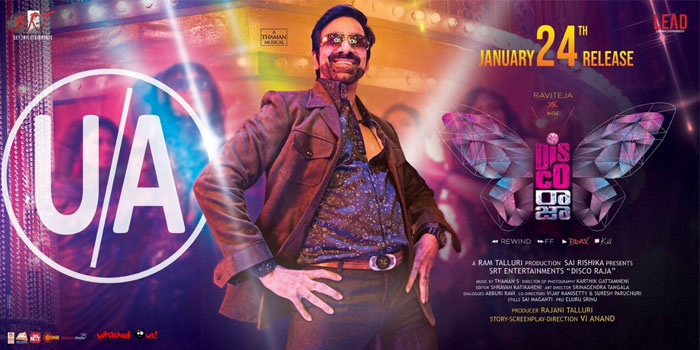 Mass Maharaja starring Disco Raja is one of the exciting movies making way to the theatres soon. Ravi Teja paired up with three heroines in the film. Tanya Hope, Payal Rajput and Nabha Natesh are the heroines of the film. VI Anand is the director of the movie. Disco Raja is touted to be a sci-fi drama that has a lot of interesting elements in it. Disco Raja unit is currently promoting the film in an aggressive manner.
According to the latest reports, the movie unit awarded the film with U/A certificate. The film is censored with a run time of 149 minutes. A grand release is on cards for this prestigious project.
Ram Talluri and Rajani Talluri jointly produces the film under SRT Entertainments production house. Thaman scored the music for the movie.
Share
Popular Stories