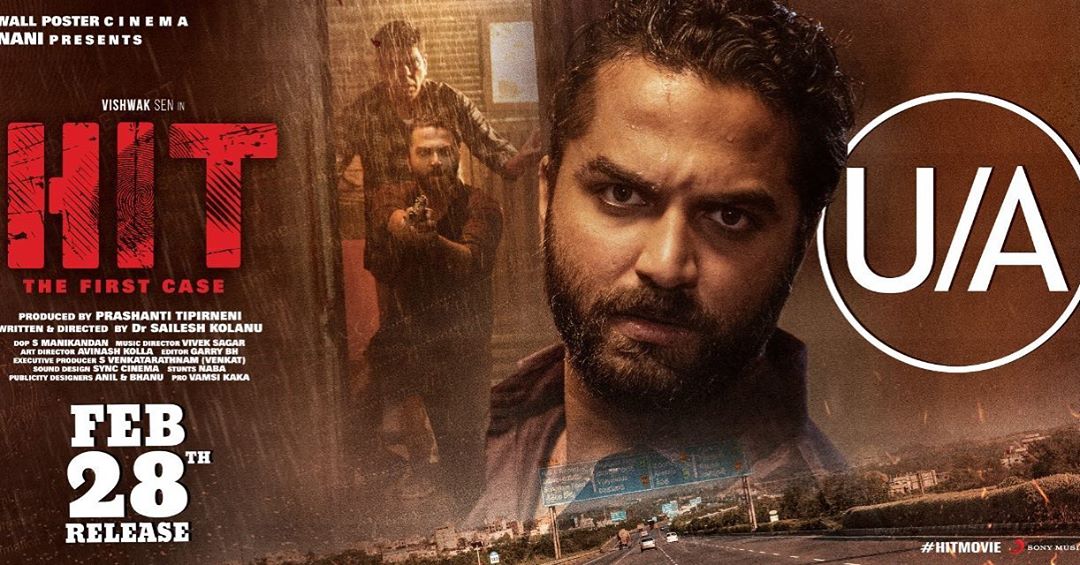 Vishwaksen who was last seen in the film Falaknuma Das is now coming up with an exciting film titled HIT. The film hits the screens on the coming Friday and the makers finally obtained the censor certificate for the film. The censor board awarded the film with a U/A certificate. The makers locked the runtime at 126.50 minutes which is considered as a crisp runtime.

The advance bookings already started in both the Telugu states. Nani is producing the film and this is his second one, after AWE. There are high expectations on this thriller and the theatrical trailer also created a unique curiosity about the movie. Vishwak Sen, Ruhani Sharma, and, other key cast members are promoting the film in an aggressive manner now.

More details about the film come out soon.