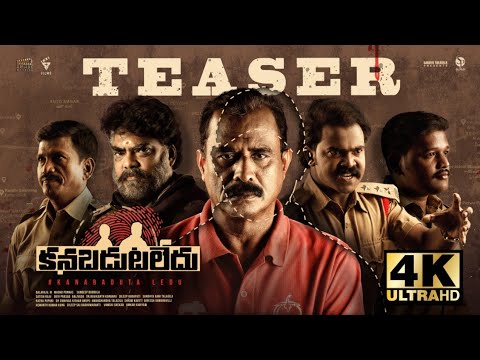 'Kanabadutaledu' is an upcoming Tollywood movie which has been grabbing the attention of the audience lately. Sukranth Veerella, Kona Sasitha and Yug Ram are playing the lead roles in this movie.

Written and directed by Balaraju M, the makers have unveiled the official teaser of the film today. The 1 minute 42 seconds video started with a police constable reporting two dead bodies found in a dumping yard. The teaser hinted that the movie is going to revolve around the missing case of a woman and the video sure is unique and assured that the film is going to be extremely interesting. Especially, the editing is increasing curiosity among the audience. The BGM is also quite intriguing and the teaser is promising.