Kalyan Ram not to repat the mistake again! 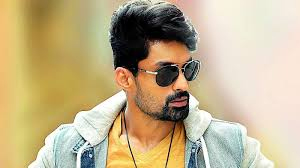 Kalyan Ram Nandamuri is the lead actor in the movie industry who wanted to gain a family image. The actor successfully worked with the director Satish Vegesna for the movie Entha Manchivadavuraa. Although the film released during Sankranthi, the film failed to make a big mark at the box-office. The film failed miserably and the producers might end up with huge losses at the box-office.
The film's run is not so encouraging at the box-office now and Kalyan Ram understood the fact that the audiences wanted to see him as a Mass hero than the Family star. Kalyan Ram tries his best to catch the attention of the audiences and fans but they did not like him as a hero in a family drama.
Kalyan Ram too understood the same and now decided not to attempt the similar films again.
Share
Popular Stories