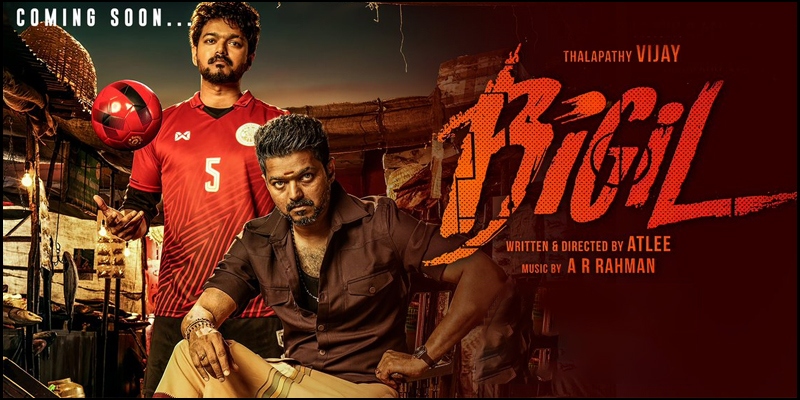 Ilayathalapathy Vijay played a lead role in the film Bigil that is titled as Whistle in Telugu. The makers are excited with the way the positive buzz is being generated for the movie
According to the reports in the filmnagar, the business for Vijay's Bigil movie is closed completely. The film is releasing big in both the Telugu states. The following is the list of distribution houses that will be releasing Bigil throughout the Telugu states.
Nizam and Vizag - Sri Venkateswara Films
Guntur - Padmakar Cinemas
Krishna - Crazy Films
Nellore - Hari Venkateswara Pictures
Ceeded - Vandana Films
East - Padmavathi Films
West - Adithya Films
Directed by Atlee Kumar, the film is expected to have a massive release through out the Telugu states.
Share
Popular Stories