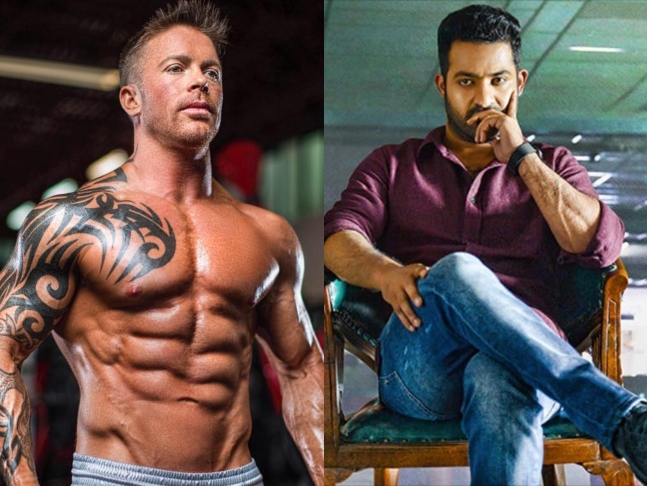 Lloyd Stevens is the professional celebrity trainer who's known for training Jr NTR for the film Aravinda Sametha Veera Raghava. Later, he got on board again for the project RRR. The training for Tarak started long back and as per the latest reports, the training is complete now. Lloyd updated the same on Twitter and hinted that NTR's look as Komaram Bheem will come out soon.
"Hey guys! So @tarak9999 training for @RRRMovie is now completed and as always thanks to his dedication and hardworking ethic I’m certain you will all be blown away with his look. Stay tuned #KomaramBheemNTR #RRRMovie" he posted on his social media profile.
Directed by SS Rajamouli, the film is produced by DVV Danayya under the DVV Entertainments banner. The film marks the debut of Alia Bhatt, the Bollywood beauty and also Ajay Devgn.
Share
Popular Stories