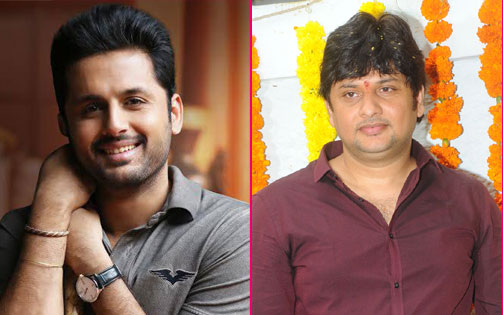 Touted to be the biopic on first ever rebellion against the British, Uyyalawada Narasimha Reddy, 'Sye Raa Narasimha Reddy' starring Megastar Chiranjeevi is all set to hit the theatres on October 2nd.
The expectations on this movie are sky high. Surender Reddy wielded the mega phone for this magnum opus. The movie hasn't got released yet and what is going to be Surendra Reddy's next project have now became an interesting topic in the industry. As per the latest reports, Surender Reddy is going to do a movie with young Hero Nithiin. However, the official announcement is yet to be made. Rumours are coming out that Mythri Movie Makers is going to pool resources for this film. But, Surender Reddy who helmed a high budget project like 'Sye Raa' going to do a project movie with a medium range Hero has been raising some brows.
However, if this turns out to be true, this would be a golden opportunity for Nithiin who has been struggling with back to back debacles lately. On the other hand, Nithiin also has 'Bheeshma' in his pocket at the moment.
Share
Popular Stories