Mega fans gearing up for a historic event 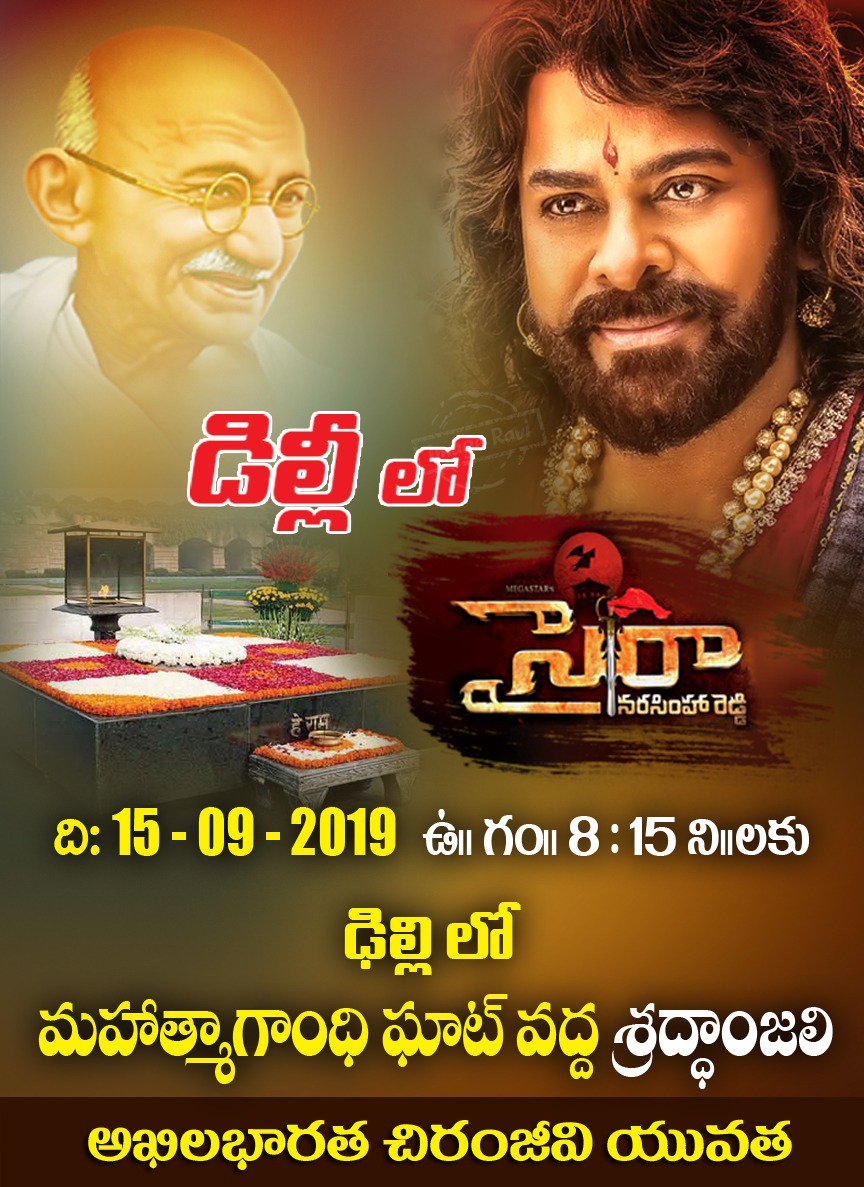 There are barely 20 days left for the release of Megastar Chiranjeevi's upcoming magnum opus Syeraa Narasimha Reddy. This Surender Reddy directorial is all set to release worldwide on October 2nd in Telugu, Tamil, Malayalam, Hindi, and Kannada. As it is having a pan-Indian release, the mega fans are planning to promote it across the nation.
The other day, a die-hard fan of Chiru has got his car registered plate as 'SYERAA' in the United States. Now, the 'Akhila Bharata Chiranjeevi Yuvatha' is planning a huge event. They are going to hoist the flag of Syeraa in front of India Gate in Delhi n 14th September at 10:15 AM.
In the history of Indian cinema, no hero's fans have attempted this feat ever before and it is a historic event for all the mega fans. By this, the stamina of Chiru will be proved in the north as well and the film will generate a huge buzz among the Hindi audience. We have to wait for three more days to see this big event.
Share
Popular Stories