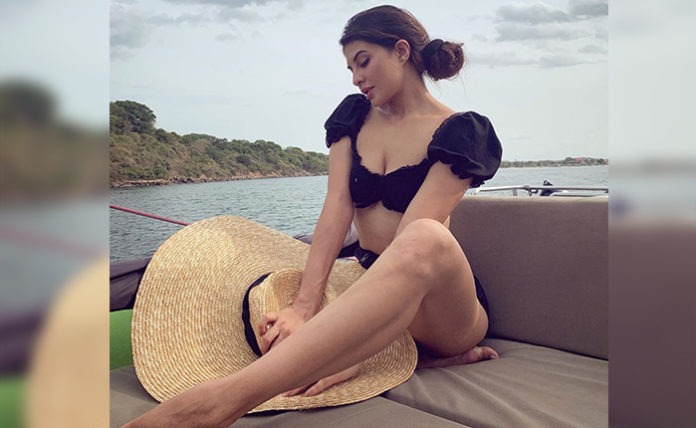 Bollywood beauty Jacqueline Fernandez was seen in a special song called 'Bad Boy' in the film Saaho. Though she was limited to that one track, the actress shared a sizzling chemistry with actor Prabhas. Many people opined that Jacquline and Prabhas would make an awesome pair.
Meanwhile, this Kick actress is currently chilling on a vacation. The other day she posted a picture on Instagram in which she is seen in a black bikini. The photo was taken in such a way that you get a deep glimpse of her long legs and thighs. Her top-piece reveals the cleavage.
Jacqueline captioned the picture as, "New vlog out today. stay tuned!!" Well, her fans would love to watch a video of her in that attire, any day. On the career front, the actress will be next seen in the film Drive, alongside Sushant Singh Rajput.
Share
Popular Stories