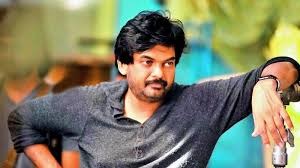 Puri Jagannath is one of the sensational filmmakers in the Tollywood film industry right now. When Puri wanted to do a film, no star hero co-operated him. Considering his flop track record, most of the heroes avoided him. But, Ram came forward and did a film with Puri Jagan. Titled iSmart Shankar, the film became a big hit resulting in Puri getting an offer to do a pan-India film with Vijay Devarakonda now. The film started and the makers began the shoot too.
Because of lockdown, the makers are currently taking a break. But, Puri is busy writing at home. The director is also developing new scripts at his office. The sources close to the director revealed us that Puri Jagan is developing scripts for Young heroes in Bollywood and his next film might also be in Bollywood.
Share
Popular Stories