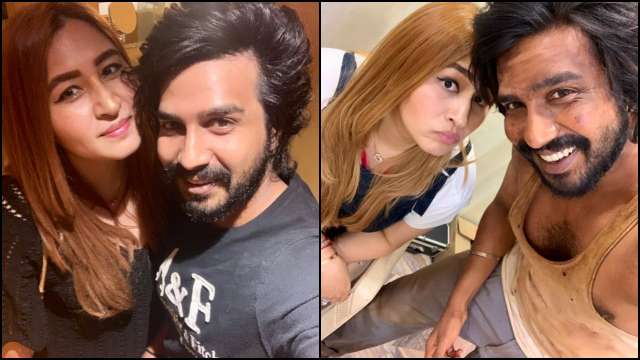 Vishnu Vishal is one of the popular actors in Kollywood who has been thinking about the changes that took place in cinema space over the years. The actor added his personal experience and told that the only way is to learn is to adapt to it.
"In the last 11 years since I entered cinema, a lot has changed. Film reel to digital cameras, from co directors to short film directors given priority as debutants and dominating the industry, cinema changing from commercial to content oriented, from big screen to mobiles, mainstream directors becoming actors,music directors becoming actors, exposure to world cinema because of OTT and now the change happening because of pandemic. I don't think any other decade has seen so much of a change here. Ultimately, change is the only thing constant. Adapt, learn and grow. That's the only way." revealed the actor.
Recently, he got engaged to Badminton star Gutta Jwala. He is happy right now regarding his growth in career as well as personal life.
Vishnu Vishal will soon resume the shoot for his new movie. Stay tuned to us.
Share
Popular Stories