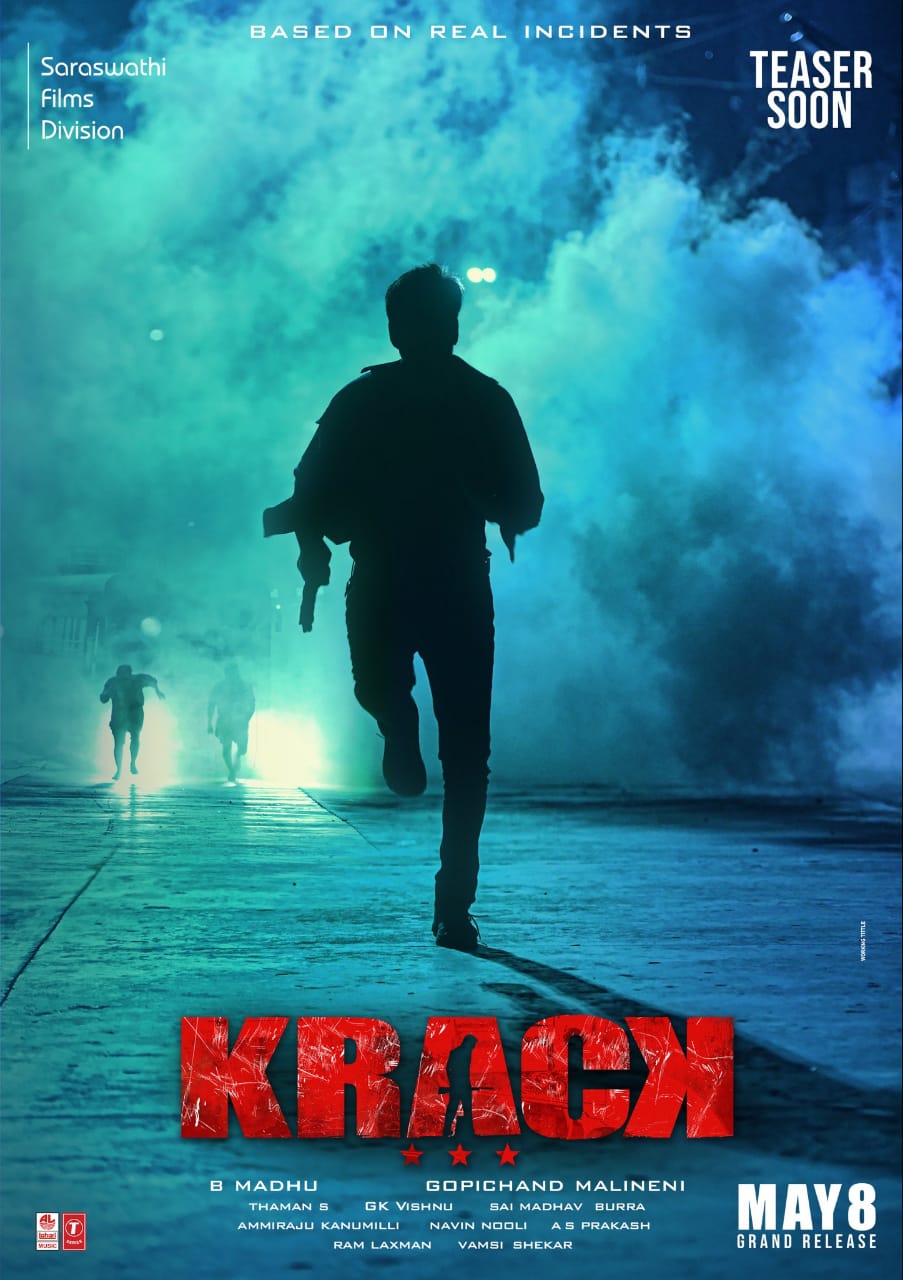 Mass Maharaja Ravi Teja whose recent outing 'Disco Raja' turned out to be a dud at the box office is going to test his luck with his upcoming film 'Krack'.
Gopichand Malineni who has already worked with Ravi Teja for 'Don Seenu' and 'Balupu' movies is helming this film. Also, 'Balupu' beauty Shruti Haasan is playing the female lead in this movie and Varalaxmi Sarathkumar is playing a crucial role. Today, the makers have released an intriguing poster that showcased Ravi Teja running. "Here it is!! #krack #krackteaser coming soon !! Ur gonna witness our vintage @RaviTeja_offl gaaru energy back !! I jus saw omgggg what an energy @megopichand has kracked it big way !! @dop_gkvishnu @TagoreMadhu @shrutihaasan. Get ready to all #RTF FANS" captioned the production house.
The film will have a cop backdrop. Tagore Madhu is bankrolling this project. SS Thaman is composing tunes for the film. The movie is scheduled to hit the screens on May 8th.
Share
Popular Stories