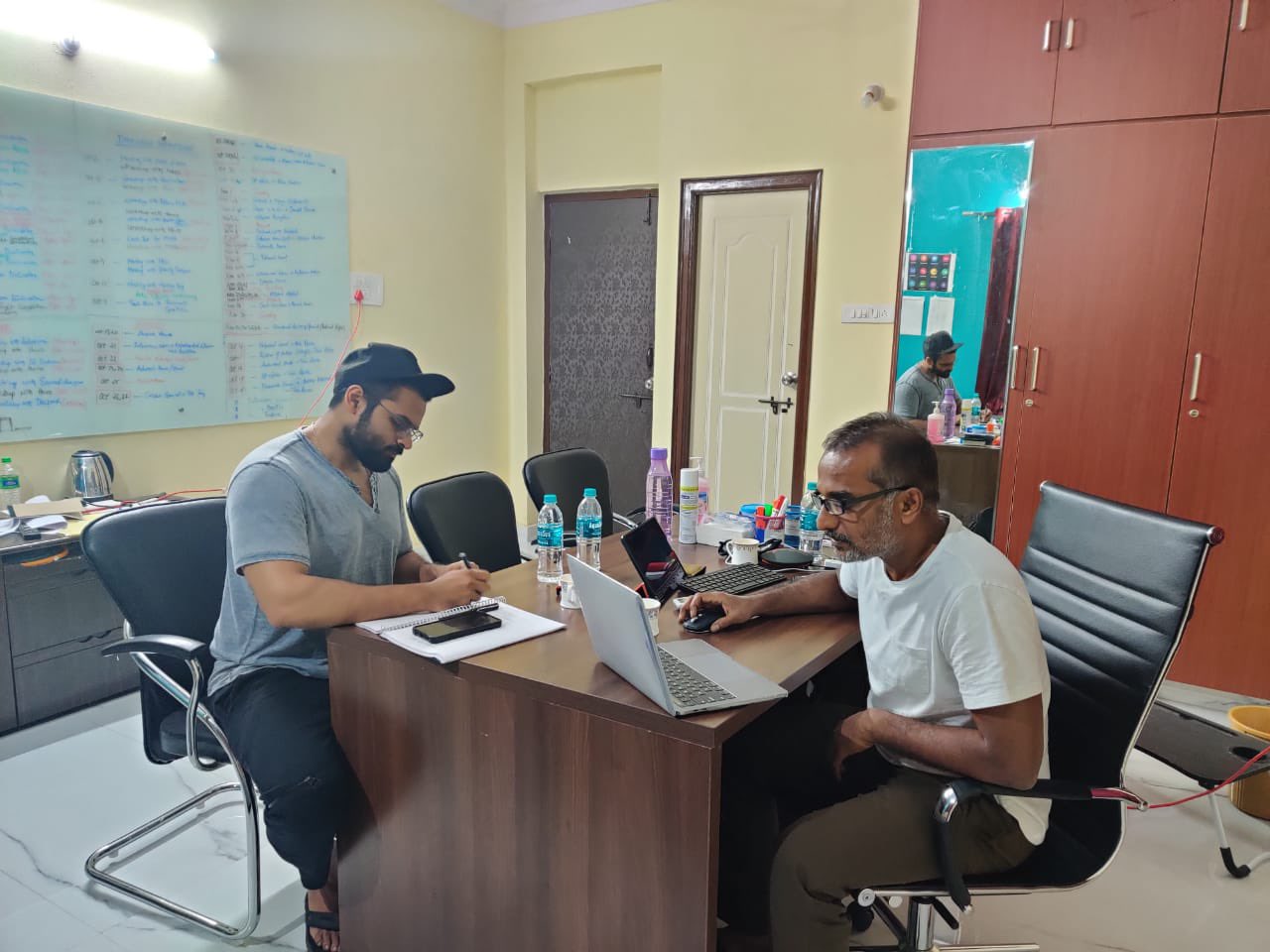 Young hero Sai Dharam Tej is currently busy with the dubbing works of the film Solo Brathuke So Better. It is his next release and there is no clarity if the film will have a theatrical release or a direct digital release. The makers are in the final stages of post-production and we will arrive at clarity very soon. Meanwhile, the young hero began the preparation work for his next film, under the direction of Deva Katta.

"Intense Prep work started for #SDT14 @devakatta garu nailing it with his writing...raring to go on set" posted Sai Dharam Tej on his Twitter profile along with a picture with Deva Katta. In the picture, we can see both occupied with the work of their new movie. The film's launch took place before the lockdown itself. The shoot will begin soon.