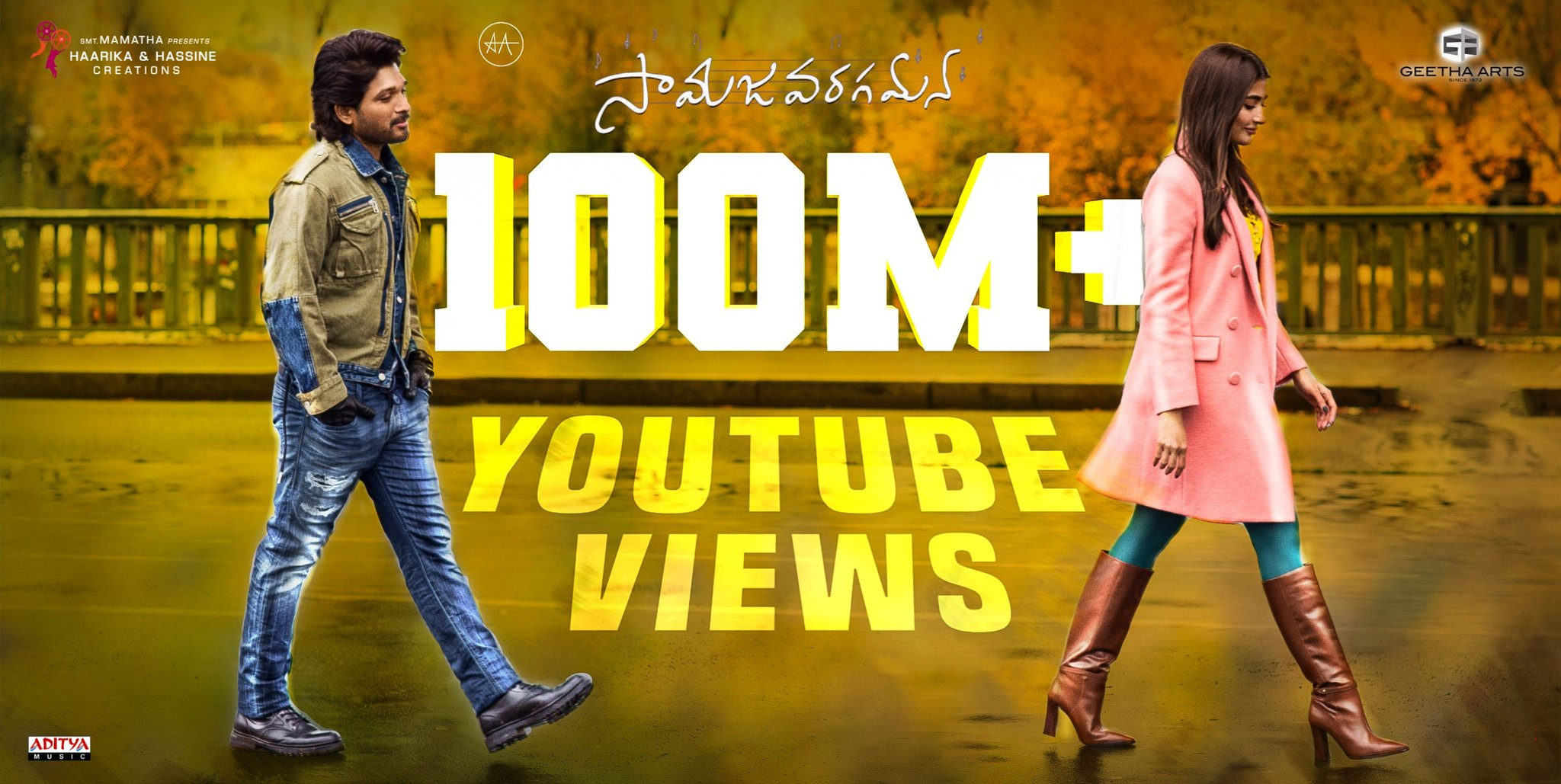 Stylish Star Allu Arjun and Pooja Hegde played the lead roles in the film Ala Vaikunthapurramuloo. The song Samajavaragamana crooned by Sid Sriram has become a big hit. Now, the video song has crossed almost 100 million views and is now setting a new record on Youtube. Sid Sriram posted the same on Twitter.

"all love, no hate. #Samajavaragamana 100 million+ views. love to @alluarjun Garu. Shout out brother @MusicThaman for bringing me in for this incredible song." posted Sid Sriram on his Twitter profile.

Thaman too appreciated Sid Sriram for the same on Twitter.

Sirivennela Sitarama Sastry penned the lyrics for the song. The makers shot the song in Paris and it has come out well. Samajavaragamana is the first song to come out from the audio album of the film and it did impress one and all.