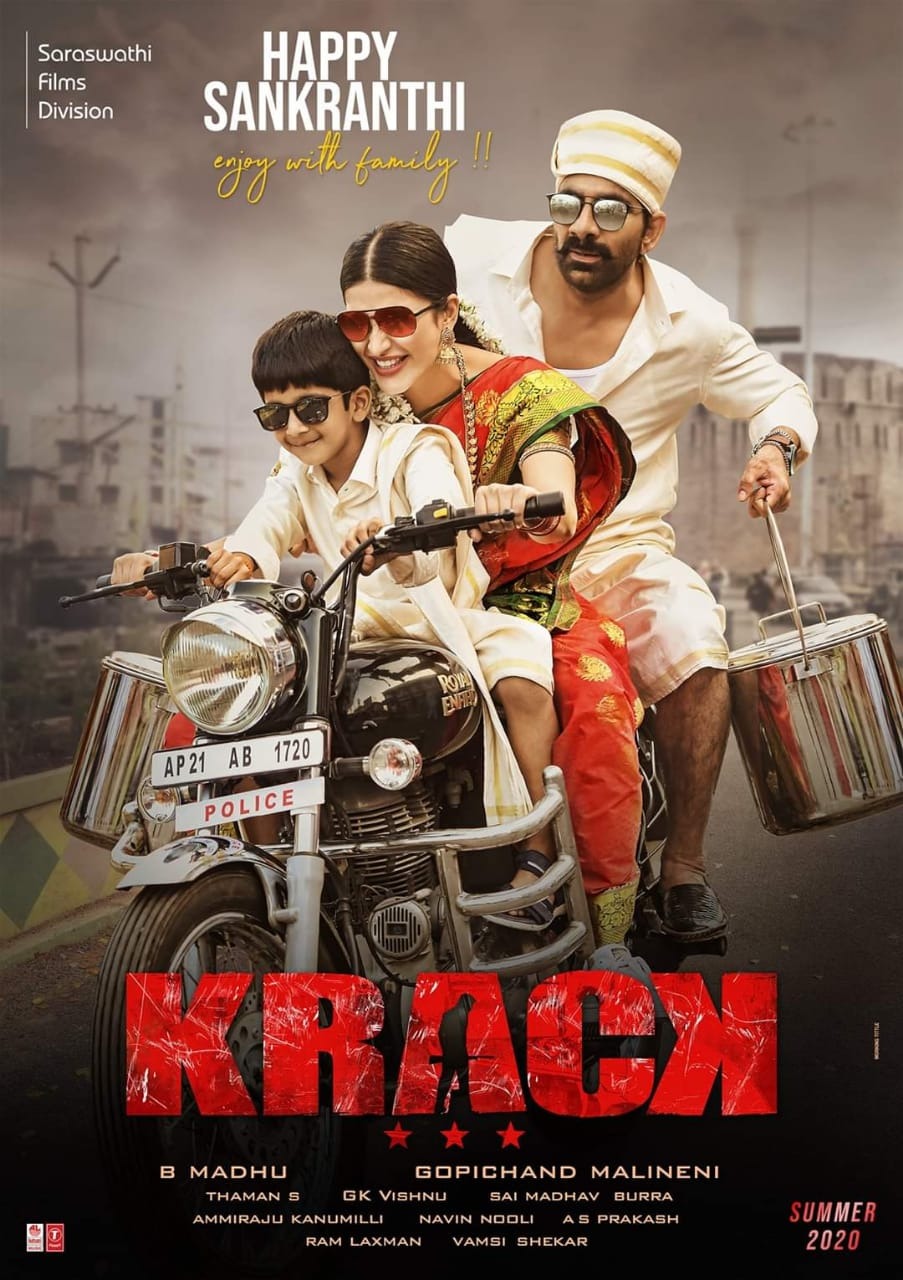 Mass Maharaja Ravi Teja whose recent outing 'Amar Akbar Anthony' turned out to be a dud at the box office is going to test his luck with his upcoming film 'Disco Raja'.

After this, Ravi Teja has announced that his next project after 'Disco Raja' will be with Gopichand Malineni' titled as 'Krack'. The duo has already worked together for 'Don Seenu' and 'Balupu' movies. Also, 'Balupu' beauty Shruti Haasan is now playing the female lead in this movie and Varalaxmi Sarathkumar is playing a crucial role. Today, the makers have unveiled the first look poster of the film which showcased Ravi Teja and Shruti Haasan in traditional avatars riding a bike with a kid.

The film will have a police backdrop. Tagore Madhu is bankrolling this project. SS Thaman is composing tunes for the film.