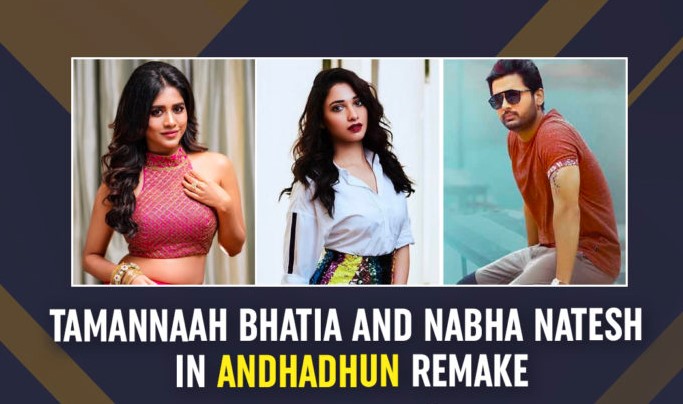 It is already known that Bollywood suspense thriller Andhadhun is getting remade in Telugu. The project was launched earlier this year but is yet to go on the floors. Directed by Merlapaka Gandhi, this movie features Nithiin in the lead role. Now, the makers have confirmed the female leads of it. Tamannaah and Nabha Natesh will be playing the key roles in the movie. While Tamannaah is going to reprise Tabu's role from the original, Nabha will essay the character played by Radhika Apte.
The producers have officially announced the news just about a while go. Their official statement read that Tamannaah accepted to play this role which has a lot of shades. They also stated that even Nabha is elated to play the role of the leading lady. The shoot will begin very soon.
Mahati Swara Sagar will compose the music of this film. Tagore Madhu will present the flick. Sudhakar Reddy and Nikitha Reddy will bankroll it under the banner Shresth Movies.
Share
Popular Stories