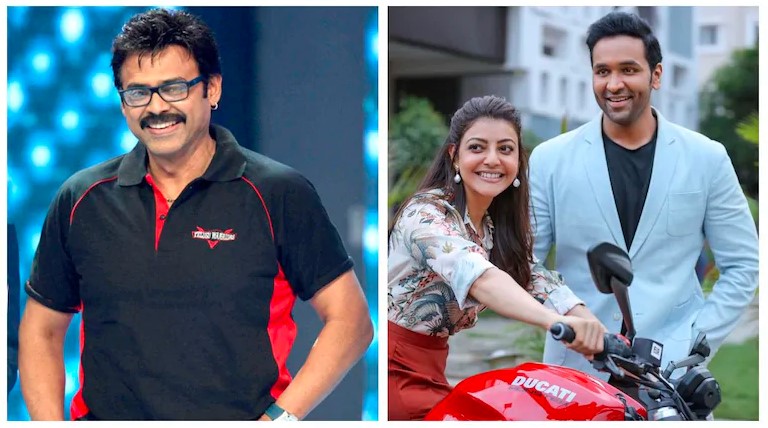 Mosagallu is the upcoming Telugu film starring Manchu Vishnu in the lead role. Kajal Aggarwal plays the heroine in the film. The makers launched the motion poster today that reveals the world of the movie. Victory Venkatesh launched the motion teaser and wished the film unit.
"Launching the title motion poster of MOSAGALLU! Wishing the best for #Mosagallu @ivishnumanchu @MsKajalAggarwal @sunielvshetty @theleapman" posted Venkatesh on his Twitter profile.
Vishnu Manchu quoted the same and wrote, "Here is the Rise Of ‘Mosagallu’, title motion poster. Thank you Sri. @venkymama for launching it. Folded hands #Mosagallu"
Kajal Aggarwal wrote, "Thank you sir."
The film unit is very happy about the launch of motion poster. The film is ready and there is no clarity on the release of the same. Let us wait few more days, for the complete details.
Share
Popular Stories