Vijay asks to calm down in Master's second look poster 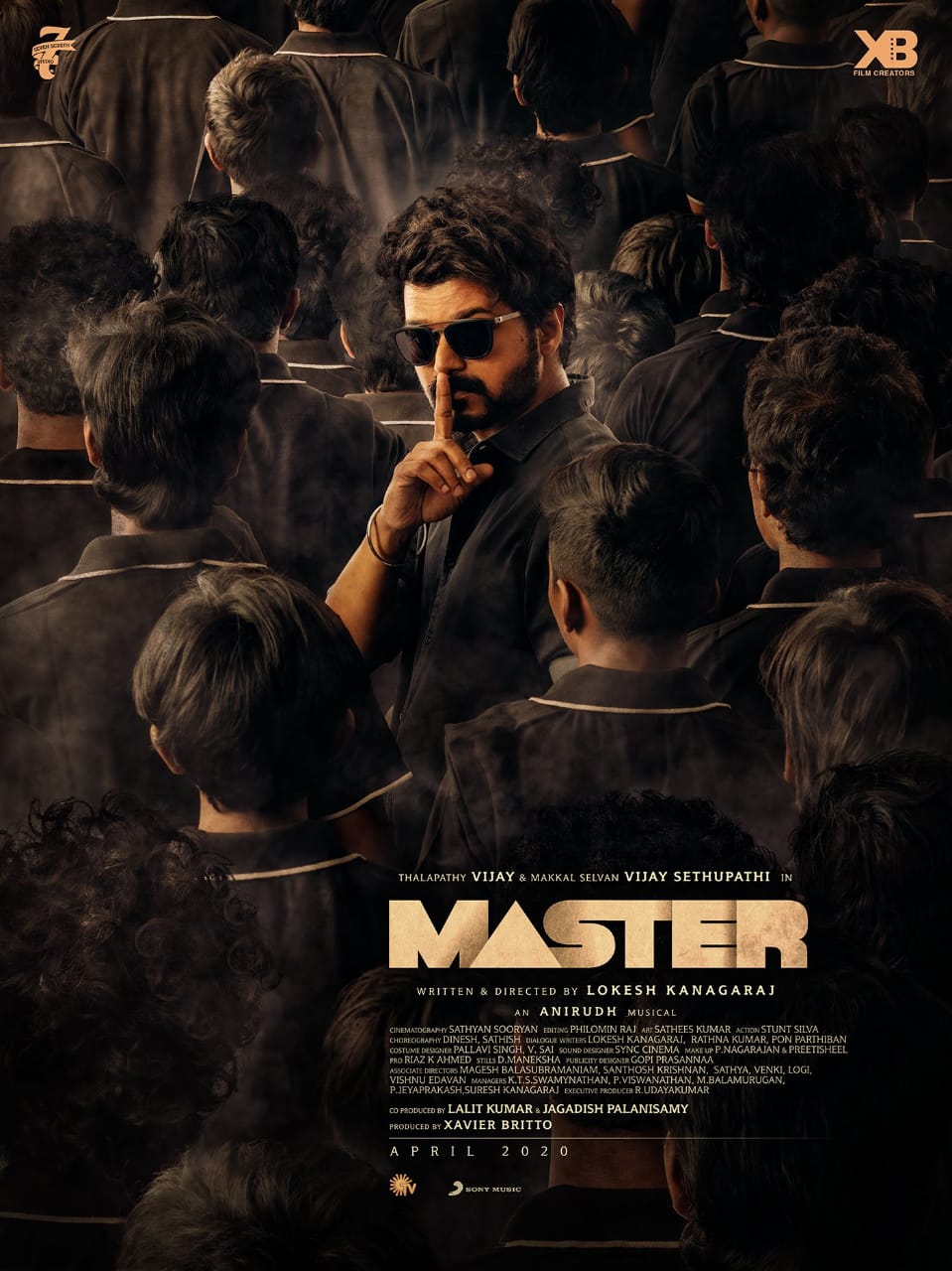 Generally, Thalapathy Vijay takes a gap of almost a year to come up with each of his films. But this time, he is coming with his next film right after six months of his last film Bigil's release. That is being made possible by director Lokesh Kanagaraj. The duo has teamed up for the film Master, which is currently in the shooting stages.
Master went on floors in November last year. The makers shot the first schedule in Delhi. Later, they filmed the second schedule in Shivamogga, in the month of December. Soon, the third schedule will get kickstarted in Chennai. The entire shoot will get wrapped up by March and the film will mostly hit the screens on the 9th of April.
The team has already unveiled the first look poster a few weeks back. Now, they have released the second look on the occasion of Sankranthi. The poster features Vijay among a bunch of folks turned on the other side and the actor is gesturing a silence posture by looking at the audience.
Master features Vijay Sethupathi, Malavika Mohanan and Andrea Jeremiah in the other lead roles. This huge star cast is increasing the expectations to another level. Anirudh Ravichander is composing the music for it.
Share
Popular Stories