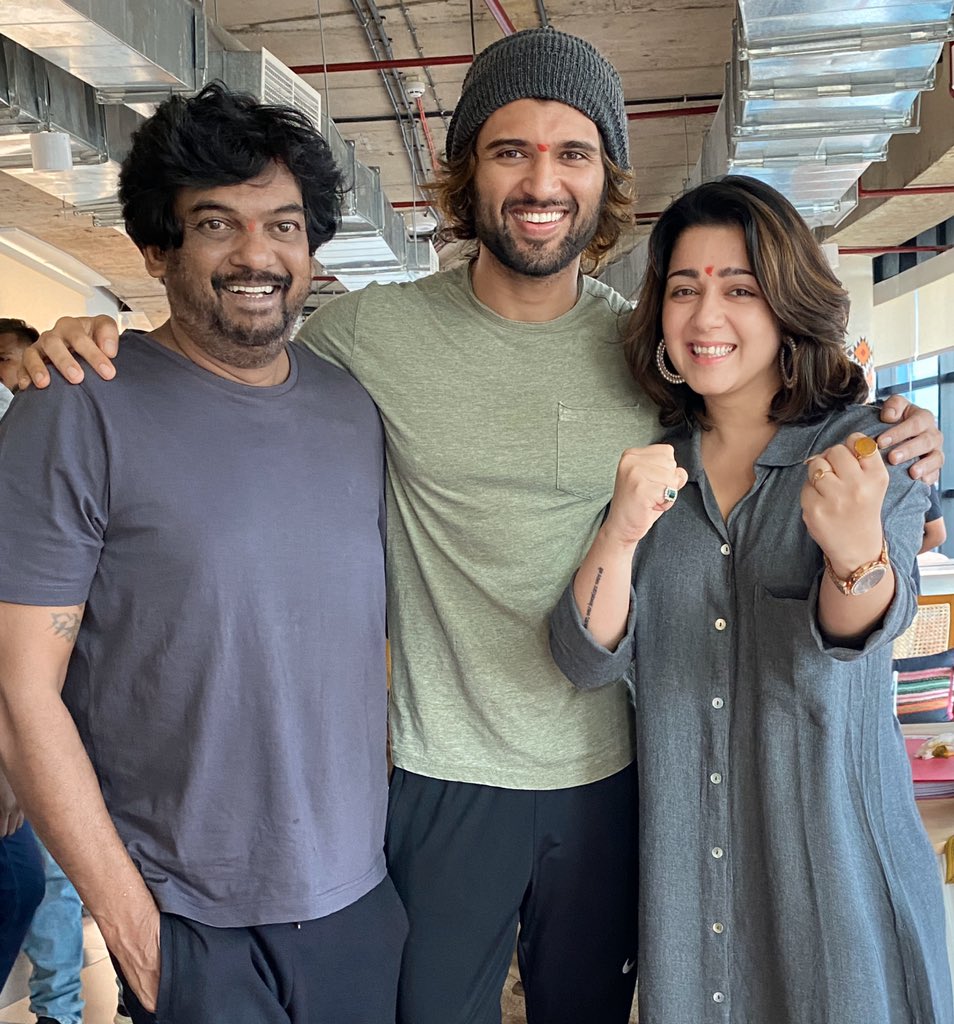 After iSmart Shankar, director Puri Jagannath is working with the sensational star Vijay Devarakonda. The film in the combination is increasing the hype day by day. Finally, the makers started the shoot for the film today in Mumbai. The movie is going to be made at a Pan-India level. Karan Johar is a part of the project too.
The film unit officially kick-started the shoot of the movie this morning in Mumbai city. Later, Producer Charmme added that the film is a new beginning for the team. She posted the pictures from the shoot and added, "To new beginnings ????
Shoot begins in mumbai from today ????????@TheDeverakonda @purijagan @karanjohar @PuriConnects @DharmaMovies #VD10 #PJ37 #PCfilm #PanIndia ????"
Vijay Devarakonda quoted producer Charmme's tweet and wrote, "Day 1 - setting up the fireworks.
Share
Popular Stories