Vijay fixes a quirky title for his next 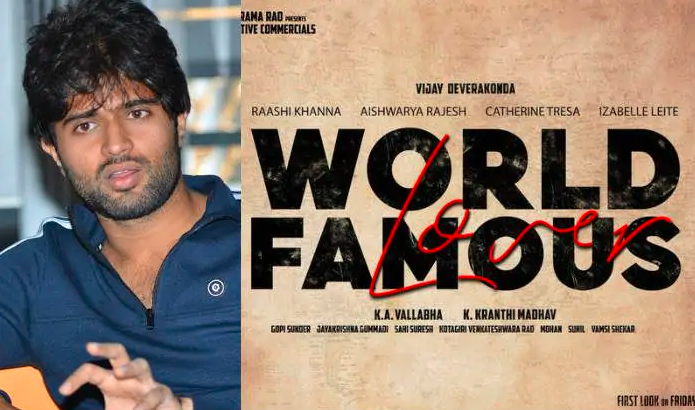 After the failure of Dear Comrade, Vijay Deverakonda was disappointed a bit as he stated that it is the film which is closest to his heart. The actor is now looking forward to striking back hard with his upcoming film which is being directed by Kranthi Madhav of Malli Malli Idhi Rani Roju fame.
Today, the makers have announced the title of the film as World Famous Lover. As suggested by the title, the film will be an out and out romantic drama which features the four different love stories of a person. For the first time in his career, Vijay will be romancing four heroines in a single film
Raashi Khanna, Aishwarya Rajesh, Catherine Tresa, and  Izabelle Leite are playing the female leads in this movie. It is being produced by KA Vallabha and presented by KS Rama Rao under Creative Commercials banner. The first look of the film will be out on September 20.
Share
Popular Stories