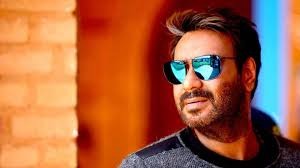 'Badhaai Ho' is one of the successful and loved films of 2018. The film was directed by Amith Sharma, who debuted with 'Tevar', starring Arjun Kapoor. It is an official remake of Telugu blockbuster 'Okkadu'. Although the film was a disappointment, the director got his breakthrough 'Badhaai Ho'.
Amith Sharma's next film is based on Indian football coach Syed Abdul Rahim. Actor Ajay Devgn will play the title role. Talking about the competitive space of a sports biopic, Sharma said: “Making a sports biopic is a big responsibility rather than a competition. I think everything nowadays is competitive. I am just going with the story and how the story unfolds and what a great man he was, and I am sticking with the story as much as possible, and the reality as well because it is a big responsibility to tell a story of a man who actually existed.”
Share
Popular Stories