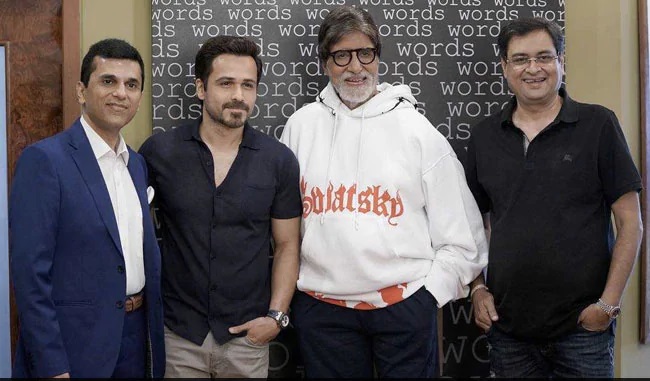 Bollywood legendary actor Amitabh Bachchan is doing some interesting projects in the recent past. Going by the current buzz in the Bollywood film industry, we have come to know that he is all set to be seen in an exciting thriller mystery.

For the first time, Amitabh will be teaming up with another talented actor Emraan Hashmi for this exciting project. Rumi Jaffrey will be directing the project and the regular shoot of the same is expected to begin from the next month. The makers wanted to shoot the movie in less schedules.

The current plan is to bring the film for a grand release by February next year. The tentative release date has been fixed as 21st Feb 2020.

Amitabh Bachchan confirmed the same saying, "A long standing commitment, now being fulfilled .. finally, to be a part of @anandpandit63's next production, starring @emraanhashmi and directed by #RumiJaffery. Releasing on 21st February 2020. @apmpictures #APMP"