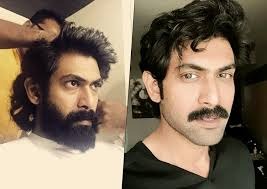 Actor Rana Daggubati is not only known for gigantic roles & personality, but also for promoting & encouraging cinema as Producer & Presenter. He proves it with 'Pelli Choopulu' and heartwarming tale 'C/O Kancharapalem'.
He attended an event at IndiaJoy, an ongoing media and entertainment expo here on Wednesday, Rana said: "Today's value is in the franchise. Not just in the film called 'Baahubali' called but the entire idea of the world of Mahishmati. The "Baahubali" universe has been expanded with comics and video games.
He stressed on the storytelling ability rooted in Indian culture and said it is highly valued internationally -- both in the West and the East, read a statement. "People live these characters in their minds and want their experiences to transcend beyond just a few hours in theatres. As creators and storytellers, we should recognize the value of what we already are."
He said Japan has become one of the countries that have shown a keen interest in Indian mythology and storytelling. In fact, he said people in Japan preferred watching "Baahubali" in Telugu with Japanese subtitles.
Share
Popular Stories