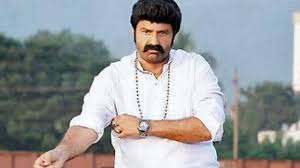 Ever since director Krish kick-started the shooting of 'Gautami Putra Satakarni', movie starring Nandamuri Balakrishna rumors are rife that Balayya is planning to launch his son Mokshagna with the film.

The movie got released and became a blockbuster but Mokshagna was nowhere to be seen in that movie. After that, so many directors names are being heard that they are going to launch Mokshagna.

But none of them turned out to be true. Recently, another rumor is doing the rounds on the internet that Krish and Balayya decided to launch Mokshagna with NTR biopic. They thought that the biopic of his grandfather will be the best launch for him. But Krish is still struggling to find a role Mokshagna could play in the movie.