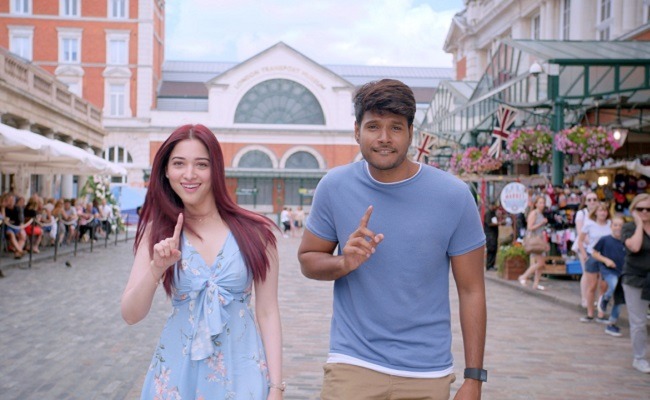 Bollywood director Kunal Kohli who is known for films like 'Fanaa' is directing a Telugu movie starring Tamannah and Sundeep Kishan.

The shoot has been wrapped up a few months ago and the makers have locked 'Next Enti' title for the movie.

'Next Enti' team has shared a couple of stills from the movie recently as many audiences were kept wondering about the updates of this project.

The chemistry between Tamannah and Sundeep looks good as they are seen shaking their legs in a foreign locale.

The makers are planning to release the film in December.  They will kick start the promotions soon by unveiling first look poster and teaser.

Touted to be a romantic drama, the film is extensively shot in London and Hyderabad.
The film's cast also includes Navdeep, Poonam Kaur, and Larissa.
Leon James composed music for 'Next Enti'.  Akshai Puri is bankrolling the project.

The movie marks the Tollywood debut of Kunal Kohli.  If the movie tastes a success at the box office, it may create a new trend of Bollywood directors entering Tollywood.