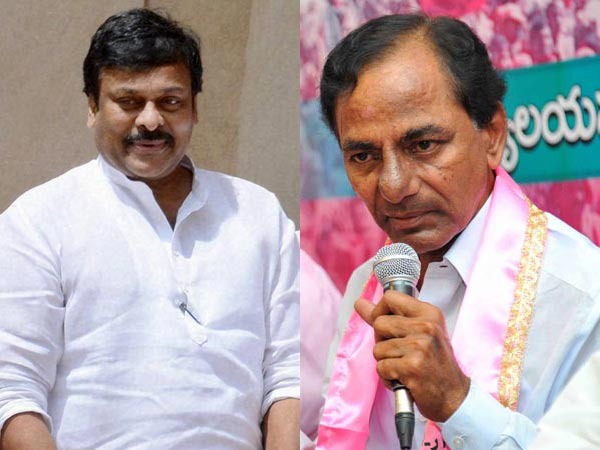 He said that KCR is not a man of words but he is a man of action and that's the reason why he is commanding huge respect.

He expressed his happiness that the Telugu Film Industry has all the facilities in Hyderabad thanks to the support of KCR.  He said that that Telugu film industry is a complete entity in Hyderabad in its own way.

Chiru told that when he met KCR sometime back, the CM came forward to offer any kind of support to the film industry from his end.

Chiru remembered KCR's words "We are doing so much for the film industry. If something benefits the film industry and that has been skipped from our purview let us know about it. We will work on it."

Chiranjeevi reiterated what Talasani said about KCR that he has been ranked as the best CM in India in a survey.

Chiru said that the industry is really lucky to have a chief minister who thinks for the welfare of lakhs of people who are dependent on the film industry for their survival.