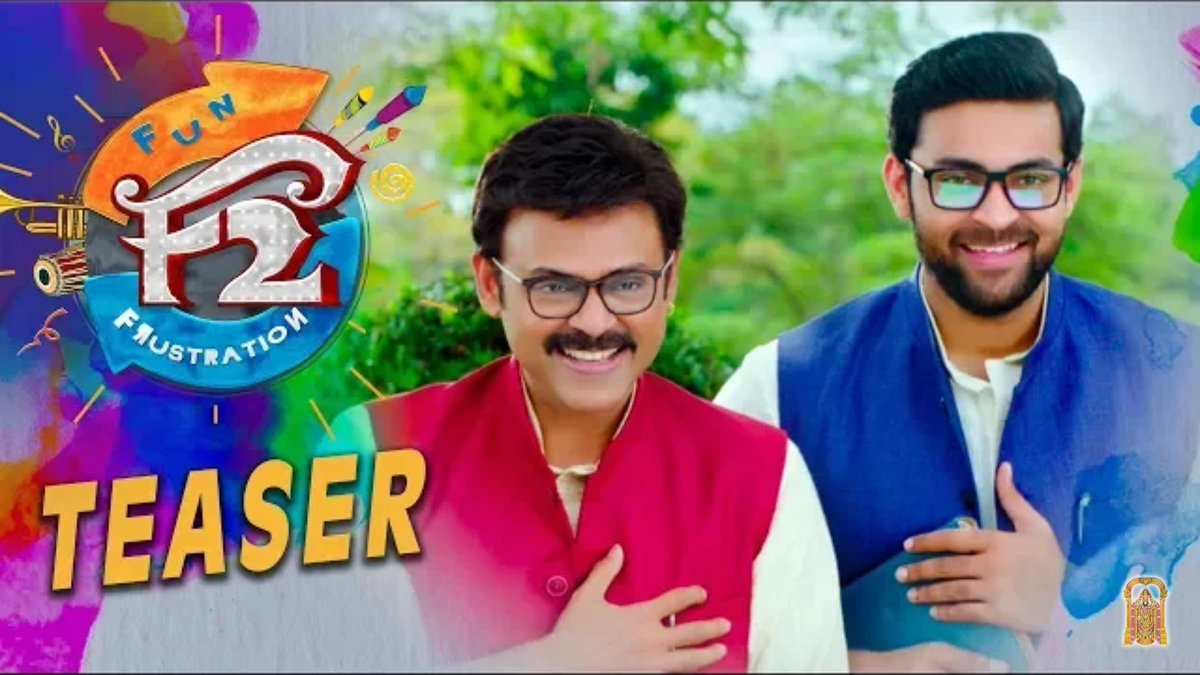 Tollywood is looking for a change, but are the directors?

The recently released teaser of F2 has attained an okayish response. Well, there is nothing new in terms of filmmaking, set-up or narrative.

The teaser pretty much suggests that the film will be heavily relying on Venkatesh and Varun Tej. The comedy timing is going to play a crucial role here and so is the novelty factor.

Blindly banking on comedy and hoping that the audience will flood the theaters in festival season is not a viable option now.

Even general audience are looking for something new rather than a concept which deals with marital struggles of a middle aged man.

There's no doubting the importance of commercial cinema, but the directors should start experimenting more when it comes to story writing and narrative.