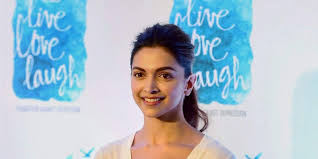 Bollywood's newlywed couple Ranveer Singh and Deepika Padukone have just returned from their Honeymoon. Deepika also celebrated her first birthday after marriage and spent some quality time with her hubby abroad. On the other side, Ranveer's latest release Simmba is doing extremely well and inching towards Rs. 200 crore mark.
Ranveer's other film Gully Boy is gearing up for release on February 14. Meanwhile, the actor is now prepping up to shoot for his next film 83. Directed by Kabir Khan, this film is based on the historic event of India winning 1983 cricket world cup. Ranveer will be playing the role of erstwhile captain Kapil Dev in this movie.
Apparently, Kabir wants to rope in Deepika to play the role of Kapil's wife, Romi Bhatia, in this movie. But it is not confirmed whether Deepika gave her nod to the movie or not. If she agrees to act, this movie marks the fourth time collaboration between the couple, after Ram Leela, Bajirao Mastani and Padmaavat.
Share
Popular Stories