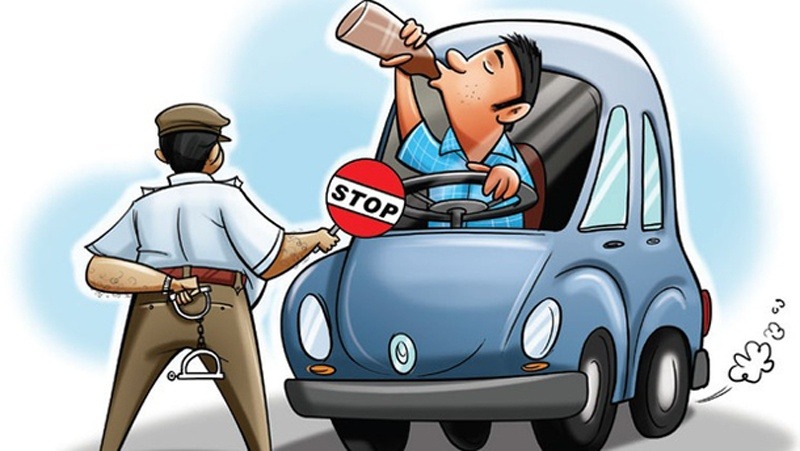 He is one of the most popular producers of Tollywood who boozes quite often.  But the trouble is he drives under the influence of alcohol.

Hyderabad cops are strictly implementing the drunk & drive checks in various parts of the city and they caught him for a couple of times in the past.  The producer completed a hattrick recently after having a party at a top league star's birthday.

He is so smart that he had sent his driver to the court instead of him on the last two occasions.  He tried the same this time as well but he ran out of his luck.

The judge noticed it and asked the driver to send the actual person and warned him of three years imprisonment if he repeats this again.

With no option left, the producer attended the court and paid the challan.

Many people must be wondering why the producer is driving his car though he has got a driver.  The buzz is that he has some secrets and he doesn't want any third person know about it including his driver.