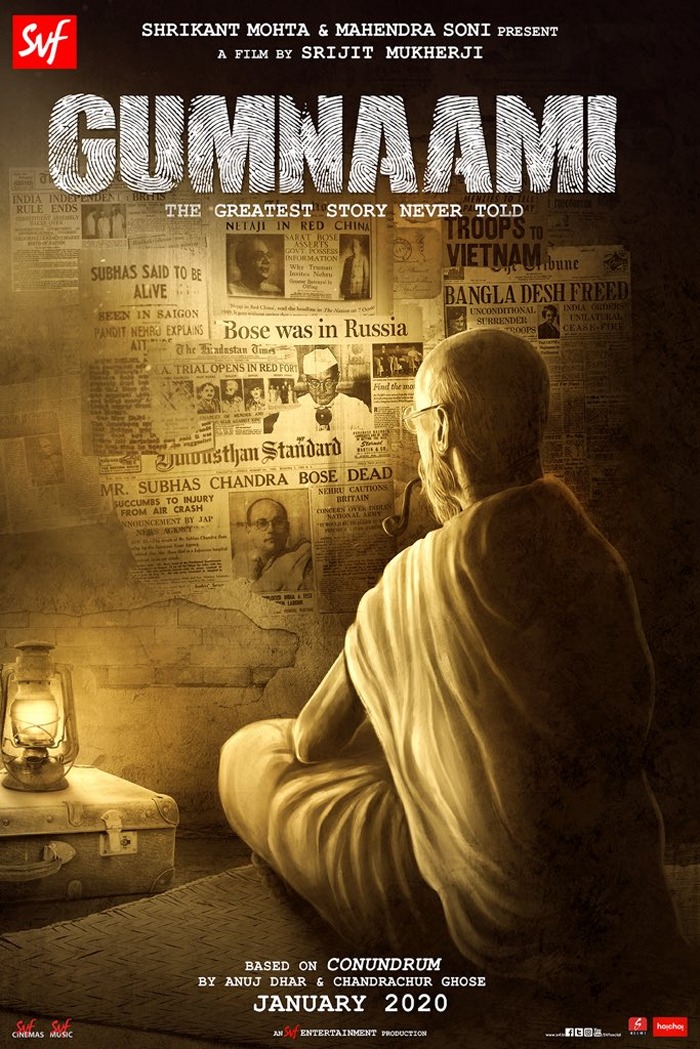 It is known that a movie titled as 'Gumnami' that is based on the story of Netaji Subhas Chandra Bose is going to come out very soon.

Now, on the occasion of the birth anniversary of Bose, the makers have unveiled the first look poster of the movie. The first look poster of 'Gumnaami' featured an old man who is looking staring at the wall full of newspaper cuttings about the stories of Netaji. According to the reports, the story of the film is going to revolve about around Subhas Chandra Bose who mysteriously went missing before independence. The film is also based on conundrum written by Anuj Dhar and Chandrachur Ghose. So many stories regarding the death of Netaji came out but none of them has a proof.

We have to wait and see if the makers can explain the death mystery behind Netaji's death or not. Srijit Mukherji is wielding the megaphone for this film which is slated to hit the screens in January 2020.