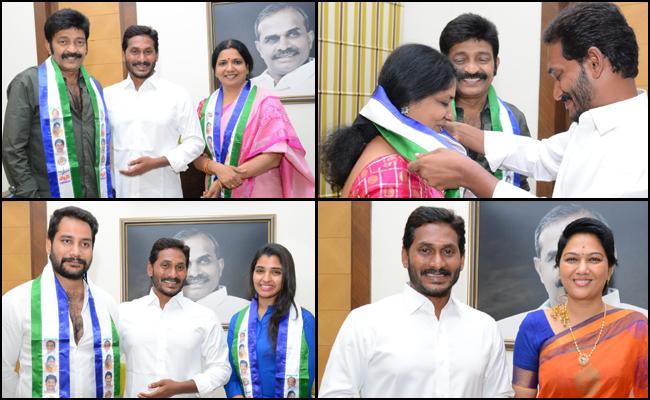 A number of Tollywood celebrities are joining in YS Jagan Mohan Reddy's YSRCP ahead of the polls in Andhra Pradesh.

Today, Tollywood's dynamic couple Jeevitha and Rajasekhar joined the party in the presence of Jagan.

The couple were previously with TDP, BJP, and Congress. Now, they have joined in YCP.

It remains to be seen if any of this cine glamour will fetch votes to YSRCP in Andhra Pradesh.