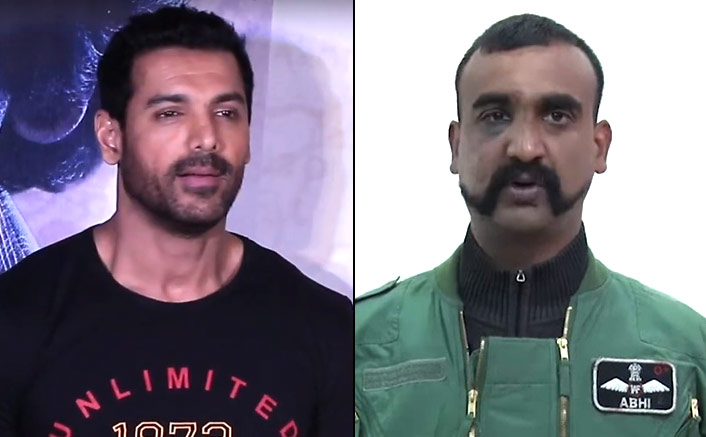 IAF Wing Commander Abhinandan Varthaman is India's pride who made the entire nation proud by being strong and stubborn while in the custody of Pakisthan Army. His braveness and courage is an inspiration for many.
Meanwhile, the Bollywood is already prepping for bringing his life on to the big screen, A lot of producers are fighting it out, to register the titles at the film chamber. Already, Sanjay Leela Bhansali has come up with an announcement saying that he will produce a film with T-Series on Pulwama Attacks.
On the other side, Bollywood hero John Abraham expressed his wish to be seen as Abhinandan Varthaman on the silver screen. He is waiting for the filmmakers to approach him for playing the role. He is already making statements to attract the attention of the filmmakers. We have to see if he becomes the final choice for the role.
Share
Popular Stories