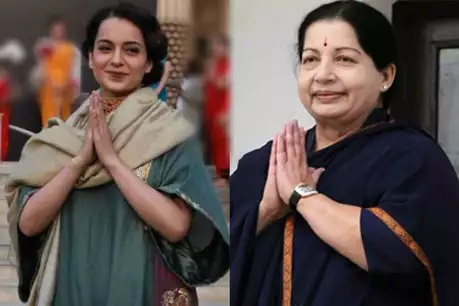 The other day, it was announced that star actress Kangana Ranaut will be acting in the biopic of late actress and Tamil Nadu Chief Minister, Jayalalitha. Titled as Thalaivi in Tamil and Jaya in Hindi, this movie will be directed by AL Vijay and the script of it is being penned by K. Vijayendra Prasad.
Vishnu Vardhan Reddy will be producing this project. According to the B-Town buzz, Kangana has demanded a huge paycheck of Rs. 24 crores to act in this movie. Even the makers have agreed to pay her the amount as they felt that her pan-Indian stardom will help the move to become successful.
The shoot of this film will go on floors very soon. GV Prakash will be scoring the music for this movie and Nirav Shah will handle the cinematography. Kangana has recently acted in period flick Manikarnika which has turned out to be a successful venture at the box office.
Share
Popular Stories