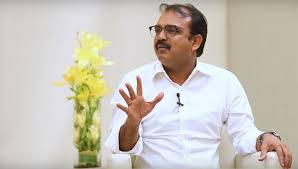 Koratala Siva is undoubtedly one of the most bankable directors in the recent times. The writer turned director has scored four consecutive blockbusters and all of them minted big money at the ticket counters.
In the recently released Forbes list of highest earning Indian celebrities, Koratala Siva's accounted earning stood at 20 crores and incidentally, he made only one film this year, Bharath Ane Nenu.
This may be a direct indication that Koratala Siva is charging 20 crores per film, thanks to his stunning track record in Tollywood.
His contemporary directors like Sukumar and Trivikram are charging 15 crores per film. Meanwhile, Rajamouli is taking a percentage in the profits.
Share
Popular Stories