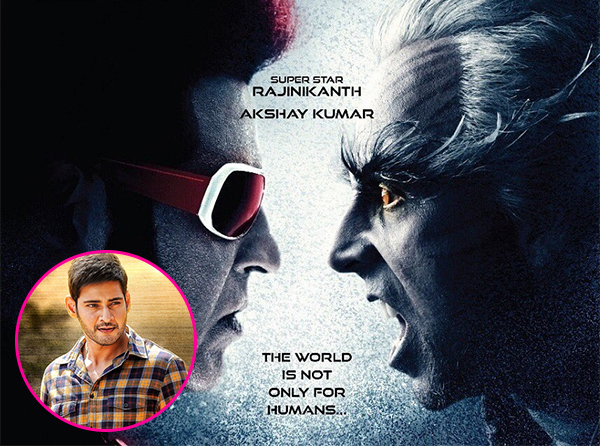 Superstar Rajinikanth's 2.0 has hit the screens all over the world yesterday and it has been receiving positive talk across all the areas.

Especially, director Shankar is being praised for making it a visual spectacle and once again proved why he is a technological master in Indian Cinema.

Even the celebrities are heaping praise about this Rajini-Akshay Kumar starrer mega flick. The recent one to shower accolades on it is none other than Telugu Superstar Mahesh Babu. This afternoon, Mahesh tweeted that 2.0 is a cinematic gem and gives a never seen before experience.

He praised Shankar's sheer brilliance in making it and congratulated Rajini and Akshay for the success of the film. It is not the first time Mahesh praised a film he hasn't acted in. The actor is a huge movie buff and often tweets about the films he liked. Currently, he is busy shooting for his next film, Maharshi.
Share
Popular Stories