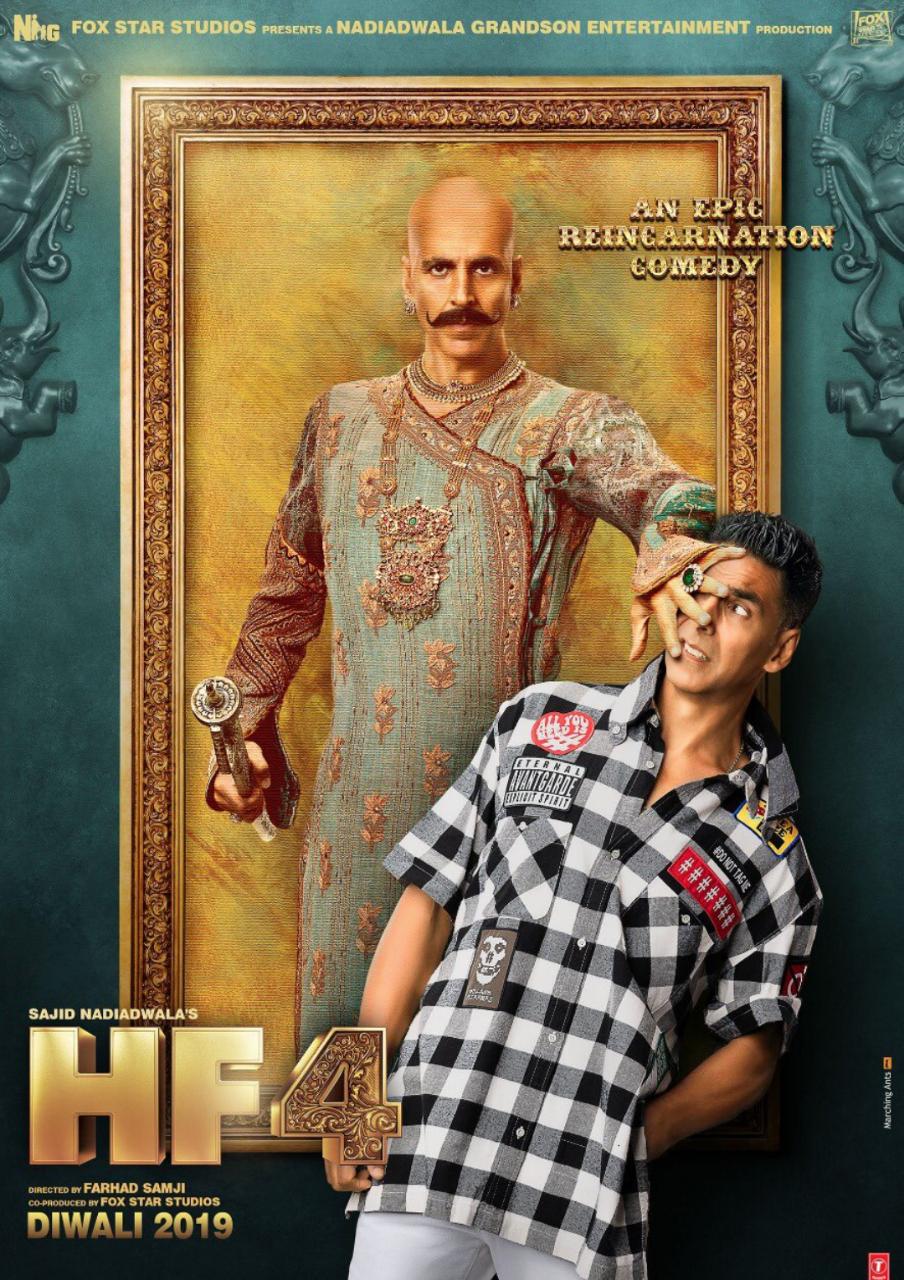 Touted to be the fourth installment of the very popular 'Housefull' franchise, 'Housefull 4' is going to come in front of the audience very soon. Akshay Kumar is playing the lead role in this movie.
Farhad Samji who helmed 'Housefull 3' is wielding the megaphone for this movie as well.  Bobby Deol, Riteish Deshmukh, Kriti Sanon, Kriti Kharbanda, Pooja Hegde, Rana Daggubati etc are playing crucial roles in this movie. Today, the makers have the released a poster introducing Akshay Kumar's role. It is known that the movie is going to deal with the reincarnations. So, Akshay Kumar will be seen as Rajkumar Bala from 1419 and London returned Harry in 2019. Revealing the poster, the makers have announced that the trailer will be released on September 27th.
Sajid Nadiadwala under Fox Star Studios and Nadiadwala Grandson Entertainment banners is bankrolling this project. The movie is gearing up for a grand release on October 25th.
Share
Popular Stories