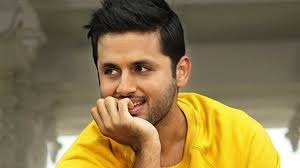 After a series of more than ten flops, Nithiin returned to the success form with the film Ishq. He continued the newly formed success for more than two films but the same success is helping him to have a survival in the film industry now.

With the films LIE, Chal Mohan Ranga, and Srinivasa Kalyanam, Nithiin scored huge flops in his career. His last successful movie was A.Aa and after that, Nithiin could not score a decent hit. All his fans are worried a lot about his career because of his poor choices.

Sometime back, Chandra Sekhar Yeleti, the critically acclaimed director approached the young hero with a different script but the actor rejected it for the fear of failure and lack of proper commercial values. Nithiin is said to have personally liked the script but failed to stick on to his interest at that point of time.

Now, Nithiin is considering to approach the senior director for his next film. Chandra Sekhar is getting busy to direct a film in Mythri Movie Makers banner and he is not sure if he goes back to Nithiin when he has a big offer on hand.

Nithiin is trying his best to lock the director for his next but we have to see if Chandra Sekhar gains back the lost interest!