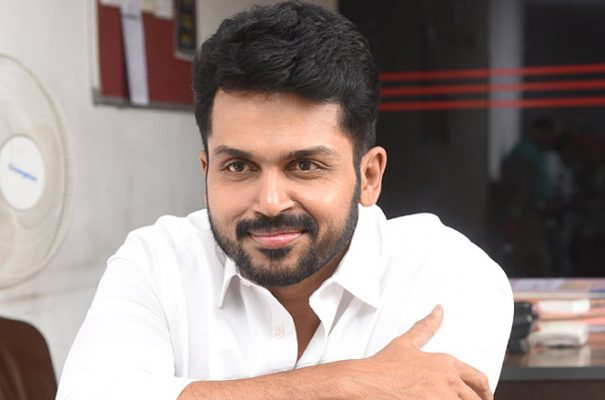 Kollywood hero Karthi has a decent fan following in Tollywood as well. His upcoming movie 'Dev' being directed by Lokesh Kanagaraj of 'Maanagaram' fame. The film is currently maintaining a decent pre-release buzz among the audience.
Now, the 'Khaki' actor is all set to start his next project. As per the latest reports, the movie unit has launched the film by doing the pooja event and the movie has no heroine. It seems like the director decided not to have a heroine in the movie and the entire story revolves around the Hero character. So, Karthi won't have any love interest in this movie. Touted to be an action thriller, Naren (Anjathey), Ramana and  George Mariyaan are playing vital roles in the film. Sam CS is scoring the music for the film.
The movie is going to run with Chennai and Tirunelveli backdrop. The title of the movie is yet to be decided. SR Prabhu's Dream Warrior pictures and Vivekananda Pictures collaborated to bankroll this project. The regular shooting of the movie will commence very soon in Chennai.
Share
Popular Stories