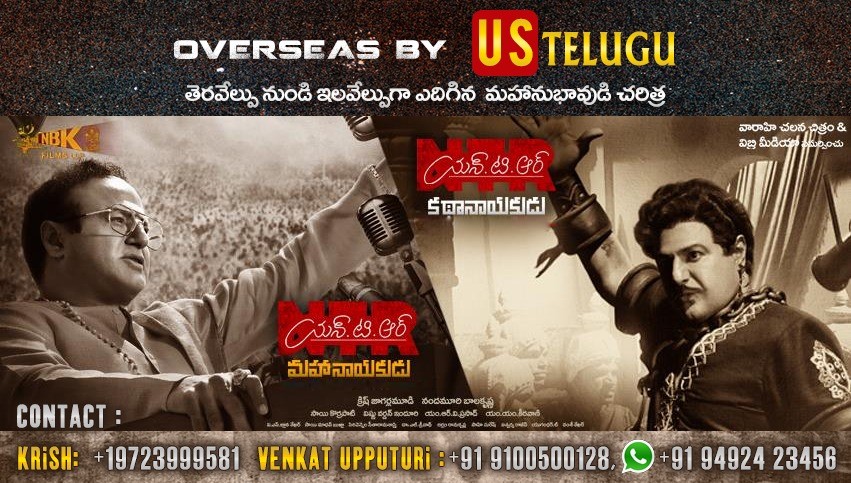 'NTR Biopic' is a highly anticipated film which is hitting the screens in January. Now that the majority of the shoot has commenced, the business for the film has begun.
Balakrishna paid Rs 6 crore each to co-producers Sai Korrapati and Vishnu Induri and now they are no more associated as co-producers for this big-ticket film, as he wanted to make a biopic on his own. Now, the much-hyped ‘N.T.R’ will be made under NBK films.

For quite some time, there were reports that Balakrishna wants to make his dad’s film on his own without compromising on the budget or on technical values. “Vishnu and Sai Korrapati had put some money initially when the project took off last October.

Balakrishna could have reimbursed the actual money spent by them. Instead, he worked out some profits and now paid Rs 12 crore for both, because they were associated with the project for more than one year and didn’t want to disappoint them.

Now, decks are cleared for NBK Films to be the sole producer of ‘NTR’, a dream project of the Nandamuri family,” the source added. As Balakrishna ’s family members are also being involved with his co-brother PRV Prasad handling the production, the film falls rightly on the lap of the Nandamuri clan, the source concludes.
Share
Popular Stories