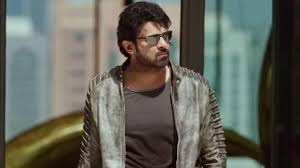 Tollywood's darling Prabhas has turned as nation's darling with the pan-Indian success of Baahubali. Recently, the actor also impressed with his debut outing on national television with the show Koffee with Karan. Many people across the country got to know some unknown facts about his personal life.
Currently, Prabhas is busy shooting for his next prestigious project Saaho. The film is gearing up for a release on 15 August 2019. As soon as he gets done with his part, Prabhas will start shooting for his next film which is going to be directed by Radhakrishna of Jil fame.
Apparently, Prabhas will be seen in two different avatars in this film. One will be during the 60s in Europe and the other character will be based in India of the present day. But it is still unclear whether he is playing two different roles or the same one. The film is expected to release by the end of 2019.
Share
Popular Stories